11/14/16 Â  More reason than ever to see what local experts are saying in Kihei and what KCA is doing Â as @civilbeat breaks this issue statewide (and beyond?) 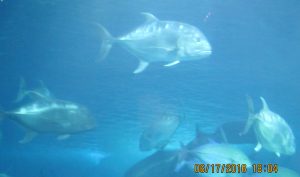 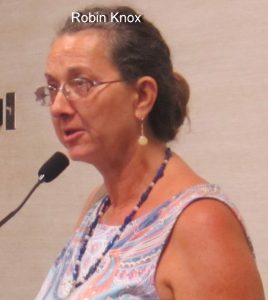 About 8 hours ago Â· By Nathan Eagle

Hawaii residents and visitors are unknowingly exposing themselves to serious health risks fromÂ chronically polluted waters in dozens of places around the islands that donâ€™t post warning signs.

Despite years of advocacy by the Surfrider Foundation â€” a nonprofit that routinely monitors water quality in many areas the state does not test â€” health officials generally resist posting signage to let the public know if it may be unsafe to swim, surf or snorkel.

Officials have blamed a lack of resources and disagreed over when signs should have to be posted. State law mandates signage when itâ€™s determined that the source of pollutants is human sewage, but the U.S. Environmental Protection Agency and others have cautioned that it can still be harmful when animal waste causes the fecal-matter bacteria counts to spike. Children play near Waiopili Stream on the south shore of Kauai. The stream regularly exceeds safe levels of wastewater bacteria, sometimes by more than 100 times the recommended limits.

But a new level of cooperation among stakeholders could change this, according to state health officials and Surfrider leaders. They have been meeting regularly to determine where, when and how to place warning signs around the state, ranging from popular beaches in Waikiki to more remoteÂ locations on the neighbor islands.

â€œItâ€™s about the public right to know and keeping them informed,â€ Yamada said.

â€œItâ€™s really turned around,â€ Coleman said. â€œThey went from keeping us at armâ€™s length for a number of years to now theyâ€™re very open to hearing our suggestions. We want the same things. They get that.â€

But Coleman said thereâ€™s still a lot of work to be done.

The new cooperation would probably be welcomed by people who have experienced, without warning, the health hazards that can exist in the ocean beyond its strong waves and currents.

Water quality changes from day to day. Itâ€™s known toÂ deteriorate rapidly after heavy rains, for instance, that flush polluted runoff into the ocean. But new challenges are emerging, such asÂ the proximity of homeless encampments to the beach. Honolulu resident Cora Speck was surfing near this area in August when she said she and other people encountered â€œa current of human shit.â€

Honolulu resident Cora Speck was surfing with a few other people on a Sunday morning in August near Ala Moana Park when they realized big dark globs in the water were not sea turtles.

â€œWe became engulfed in a current of human shit,â€ she said. â€œI had a brown smear of poop on my face.â€

Speck said no warning signs were posted prior to the incident but they reported it to lifeguards and health officials. A Kauai nonprofit modeled this sign after the Health Departmentâ€™s own signs and placed it at a site on the south shore of Kauai that regularly exceeds safe limits of fecal-matter bacteria. The state took it down and replaced it with a laminated piece of paper that says: â€œHIGH BACTERIA levels here, especially in days after rainfall events. Contact with water may cause illness.â€

Speck, an injury prevention coordinator at The Queenâ€™s Medical Center, said she subsequently got a hepatitis A shot and spent the next few days resting and recovering â€” physically and emotionally.

It was initially thought that the sewage could have come from a spill in Manoa. Honolulu officials reported nearly 13,000 gallons had overflowed earlier that weekend and that the tainted water could have flowed down the Ala Wai Canal into the ocean and drifted to where they were surfing.

But Yamada said the sewage would have broken down traveling such a long path.

Instead, he said, health officials believe the fecal waste came from homeless people who live near the park. State Clean Water Branch officials confirmed seeing people dumping out their buckets of excrement.

Regardless of the source, there have been preliminary discussions between the state and county to determine a way for the lifeguards to help post signs, particularly in places that are usually fine for recreating but that can temporarily become polluted.

â€œThereâ€™s hope that there is a desire to work together with us,â€ Yamada said.

When Should Signs Go Up?

There have been ongoing discussions among Surfrider, the state Department of Health and the federal Environmental Protection Agency about posting signs to warn the public about water quality.

The state and Surfrider each test dozens of areas around Hawaii for enterococci bacteria, and some places routinely exceed safe levels. The bacteria, a widely used indicator of fecal contamination, is found in animal and human intestines and can cause serious, even life-threatening diseases.

The EPA says water is generally safe if it doesnâ€™t exceed 130 bacteria per 100 milliliters more than 10 percent of the time. Thatâ€™s the same guideline that Hawaii cemented in its administrative rules. People walk down Waiopili Stream on the south shore of Kauai. The stream regularly exceeds safe levels of wastewater bacteria, sometimes by more than 100 times the recommended limits.

Yamada said it seems sensible to put up a permanent sign at places where the waterâ€™s enterococci count exceeds 130 bacteria more than 50 percent of the time and to post signs on a temporary basis in locations that only experience occasional spikes.

Thatâ€™s one of the main questions the parties are tryingÂ to come to a consensus on, he said.

Yamada said one challenge with using enterococci as the test is that in tropical environments like Hawaii, the bacteria is ubiquitous.

â€œYou lose the magic of it being an indicator because itâ€™s found all over the place,â€ he said, noting thatÂ it can be found in decaying vegetation and surface runoff.

Nonetheless, Yamada said, the EPA has asked the state to â€œbroaden our horizonsâ€ and start notifying the public when the counts are high regardless of the source.

The â€œwhereâ€ is another big part of the discussion. Should the state begin posting signs at remote beaches that only a handful of people visit each year? And just how many signs should go up in areas that are chronically polluted? Is the main park entrance enough? One every 10 feet?

Another question: What should the signs look like? Should they be designed to strike fear into a person to not enter the water, even if the risk is relatively low? Or should they be more informative in nature at the risk of being overlooked? The state Department of Health placed this sign warning the public of unsafe wastewater bacteria levels at Gillinâ€™s Beach on the shore of Kauai in August.

â€œItâ€™s not about alarming people,â€ Yamada said. â€œThey should know where weâ€™re finding elevated levels of bacteria so they can make informed decisions on what waters they choose to recreate in.â€

Heâ€™s anticipating pushback from the tourism industry, which depends on the image of Hawaiiâ€™s pristineÂ waters to draw in visitors. The state forecasts a record 8.8 million visitors in 2016.

â€œA lot of people speculate that this could be horrendous for the tourists, Waikiki and the hotels,â€ Yamada said. â€œBut if they take it in the opposite sense, this is an opportunity to be protective of the tourists and have them not be exposed to something and come down with an unnecessary illness.â€

Surfriderâ€™s Kauai Chapter had called on the Department of Health for years to post signs at the beach where Waiopili Stream flows into the ocean, but it wasnâ€™t until the EPA sent a stern letter in July that the state took action.

State health officials did not dispute the extremely high levels of enterococci bacteria in the water, but they were unable to determine if it was human or animal waste. There are numerous cesspools in the relatively remote area, but also feral pigs, sheep, rats and birds. The Department of Health placed signs warning the public of unsafe wastewater bacteria levels at Gillinâ€™s Beach on the shore of Kauai in August after pressure from the EPA.

Itâ€™s unclear how many signs the state will ultimately post. Thatâ€™s still being worked out.

â€œIt could be quite numerous,â€ Yamada said.

Coleman remains optimistic about the progress being made. He considers the new working relationship between Surfrider and the Department of Health to be a â€œbreakthrough.â€

During the recent election season, â€œone of the most insidious subtle messages is government is the problem,â€ he said. â€œBut if you think about it, it means youâ€™re going against yourself â€” government is elected by the people, for the people.â€

He added, â€œThereâ€™s a lot of room for change, no doubt. â€¦ But we need people to believe in government agencies again.â€

IS THIS AN IMPROVEMENT? CHECK IT OUT, THEN VOTE