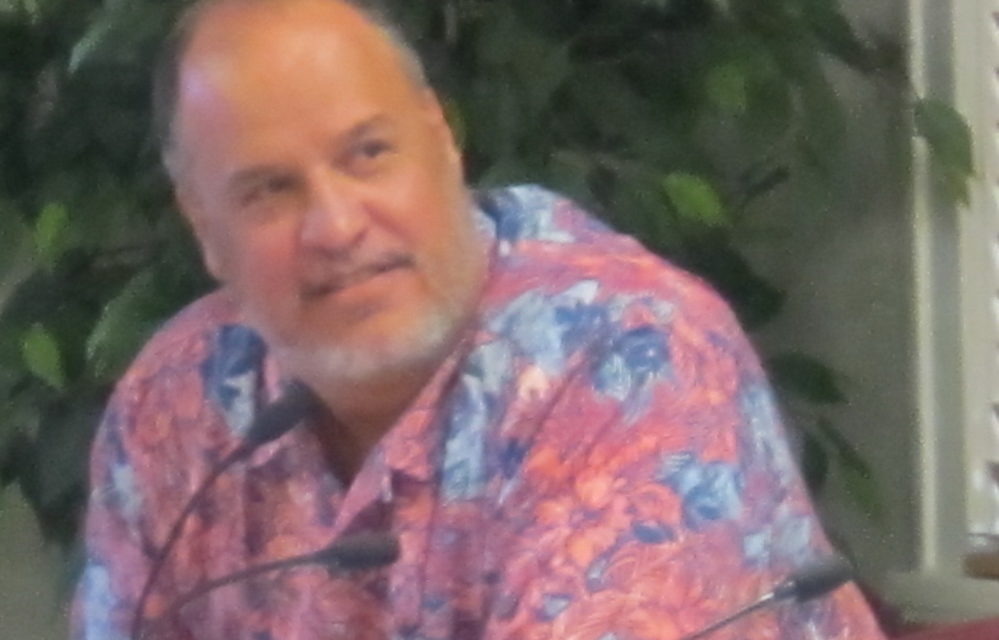 STANDING ROOM ONLY AT MEETING WITH MANY ITEMS OF HIGH INTEREST 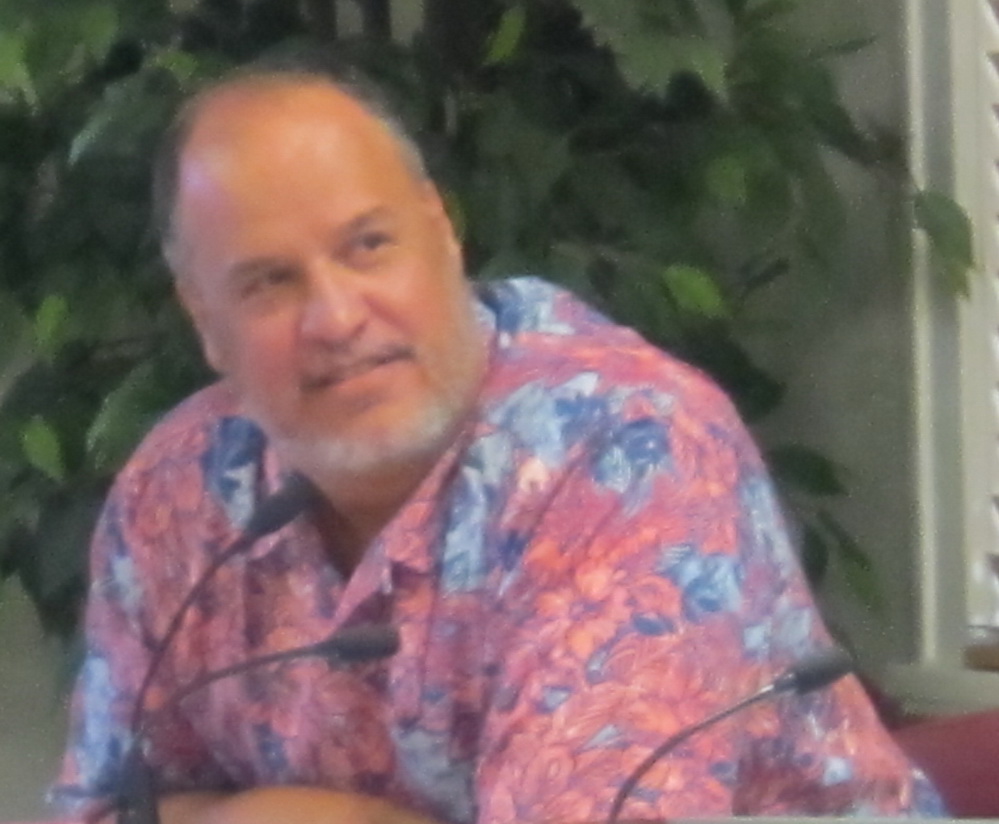 Yesterday, the County Administration’s Planning Department’ s commission held their second scheduled hearing this month on a variety of agenda items. The meeting which was scheduled for May 14 was canceled seemingly due to lack of quorum.

For most of our community, the most important point of discussion is item C-4 BRE ICONIC GWR, which is about the expansion of the Grand Wailea Hotel property.

This all-volunteer commission is composed of nine citizens appointed by the Mayor and approved by the County Council. It is arguably the most powerful panel of the numerous administration panels.

While it has nine appointees, today only five of them were present because two former commissioners announced resignation back in April and have not yet been replaced. All actions made by the panel require at least five in agreement, so if all five agree, then the actions declared are valid.

There were a number of items on the agenda which had a high interest by Maui residents and specifically, South Kihei citizens. As a result, there was little room to stand, and many of those in attendance flowed out into the hallway.

Since the resort expansion was after several other items it was apparent that the matter would not be up until sometime in the afternoon. Sure enough, late in the afternoon the Department introduced the resort expansion item to the five commissioners and the commission heard testimony. Since we were unable to spend most of the day awaiting this, we had submitted written testimony expressing concerns including sea level rise, additional vehicle traffic, need for resident (and employee) housing and no need for more visitor accommodations and numerous other concerns expressed by the community.

Developer representatives claim these expensive additions will not have a negative effect on traffic and that somehow, magically, all these added vehicles will not add to the jammed Pi’ilani Highway, South Kihei Road or any of the roads within Wailea.

In spite of the ever-growing expected effects of sea level rise, it seems it is just fine according to these developers to continue building along the shoreline. The Kihei Makena Community Plan clearly states that development is to be done concurrently with infrastructure, but it seems the developers and the County’s Planning Department just chose to ignore that law.

It turns out the Commission could not act on the item as they were losing the bare quorum required, so the Agenda was announced to possibly  be continued on June 25, with the hope there will be more Commission members.

Late today it was announced the two nominees for the Commission will go before the Council Committee on June 4, and if approved the candidates will then go before the full Council for review. If these elected legislators take measures to rush the process, the June 25th meeting could have a full commission.

Look for a professional report on the meeting in the Maui News. We did not see anyone from cable programming station Akaku present so there may no upcoming video. 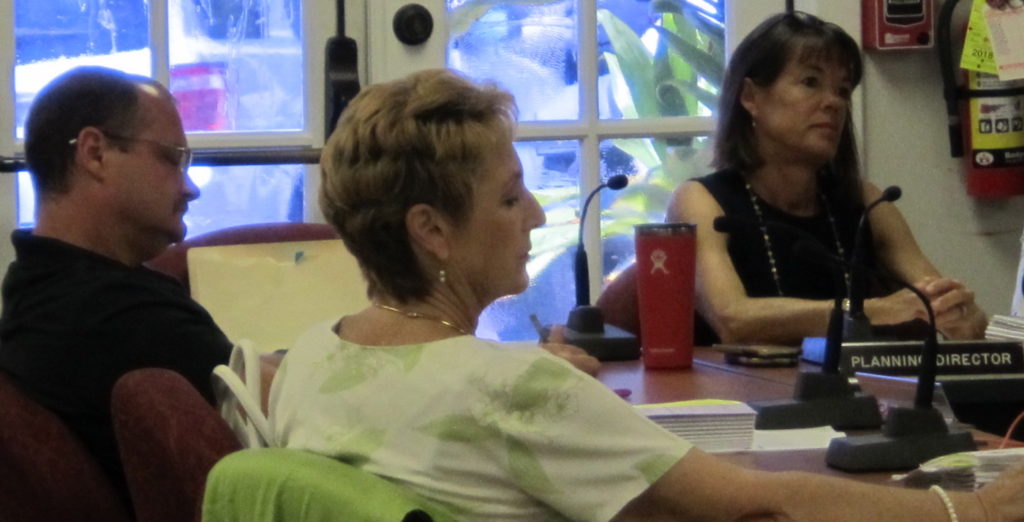 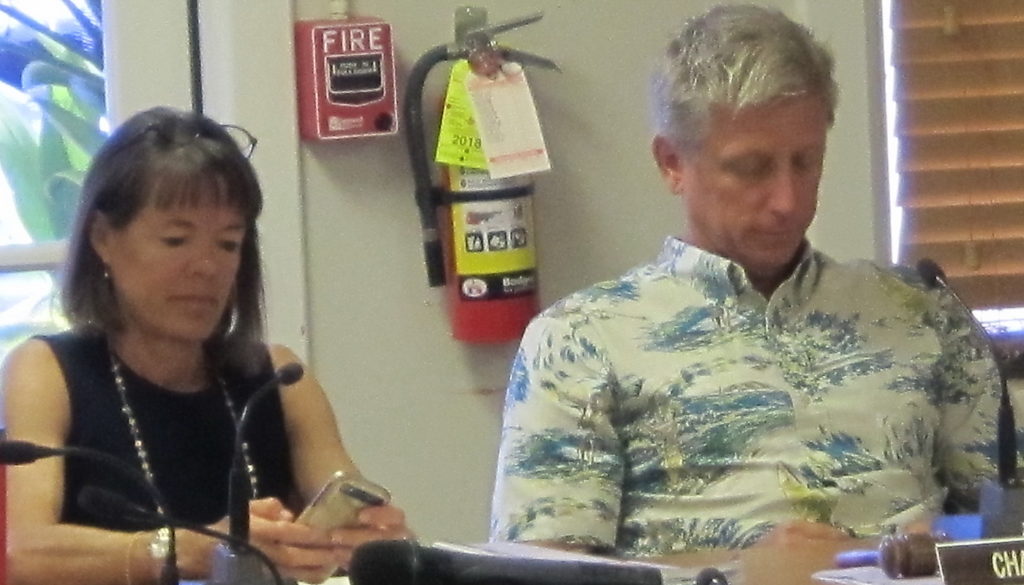 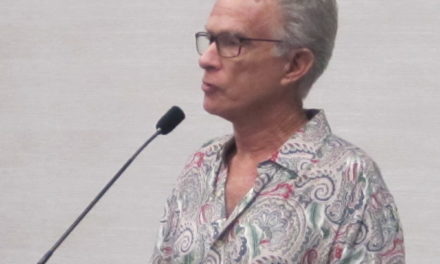 MAUI VOTERS GET ANOTHER CHANCE TO CHOOSE THEIR GOVERNANCE

County Department of Planning Reports to Council on Plan Implementation