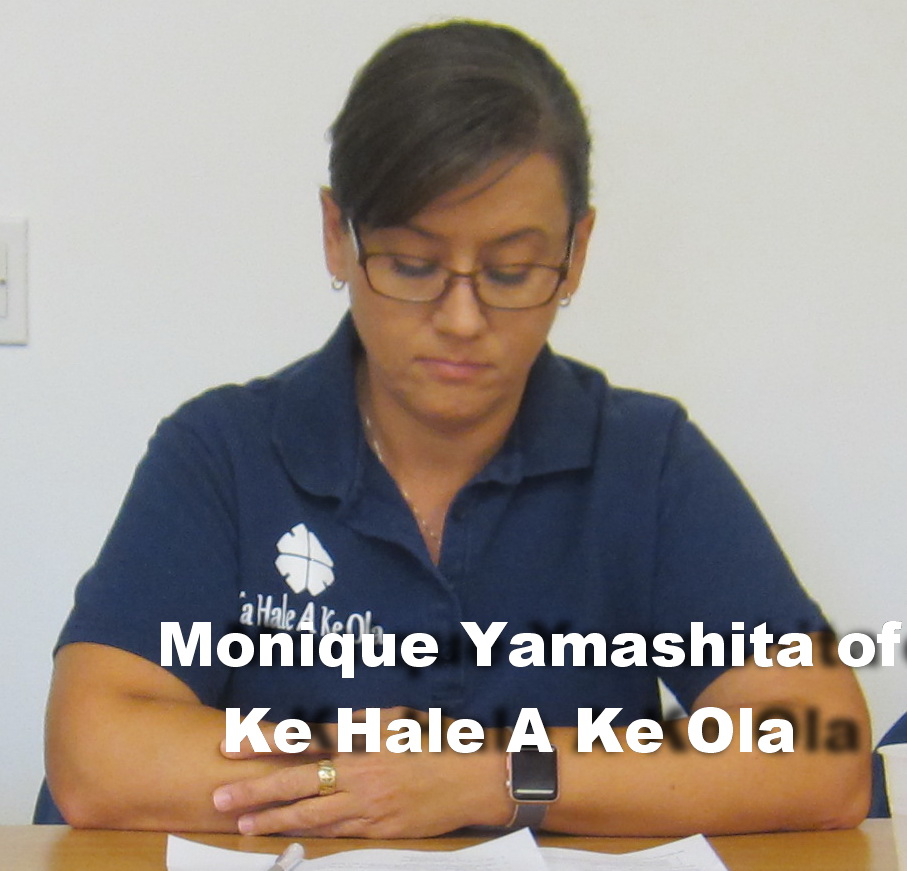 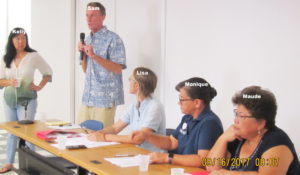 9/16/17 # kihei
It’s 9:00 o’clock on a Saturday and who shuffled into the  Malcolm Center at the MEBT Campus up in the R & T park via Lipoa Parkway to 1305 N. Honopono St ? Well, three KCA directors did along with numerous people affiliated with Ke Hale A Ke Ola, several for Hale Kau Kau, three County Council members and two EA’s for another, one from the Administration, and at least a few others from organizations related to the subject matter. So with less than forty in the room, how many unaffiliated? Well there were three or four homeless guys. But where was the community??

As we had stated, we believe something of this nature was too long in coming to our community, and expressed appreciation to Kelly King for organizing it. An unusual meeting Saturday morning in central Kihei affords many concerned with the opportunity to attend and participate. And with so much expressed concern about inadequate housing supply and those without homes, we hope reports like this one, and an upcoming report in the Maui News, of this first meeting will generate greater participation at the next one.

As we understood it, Ke Hale A Ke Ola has $1.5 million in a fund designated for Kihei housing issues, including affordable housing, emergency sheltering and homelessness. So major focus was how best to utilize this by spending, leveraging it to gather a larger fund or something else.

A cool feature of this meeting room is two floor to ceiling walls are â€œwhite boardsâ€ and one was used to scribe much of the suggested input. See pix of one which we thought was outstanding on a â€œresource centerâ€.

Many related items were brought up, such as affordable housing, but that seemed for another day, as $1.5M for that is manini.

Also suggestions to use private land and vacant structures did not address how to acquire them, refurbish them and maintain them without a huge expenditure by someone.

So a good start, but we need the South Maui community to step up and get involved. Stay tuned for the announcement of the next meeting and be there! 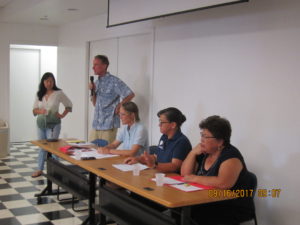 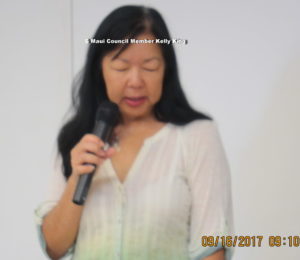 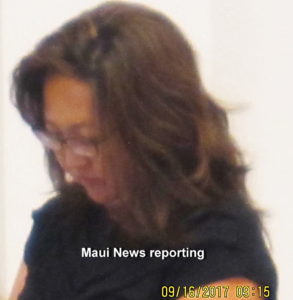 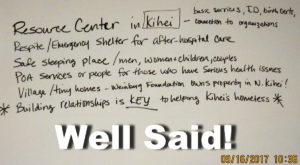 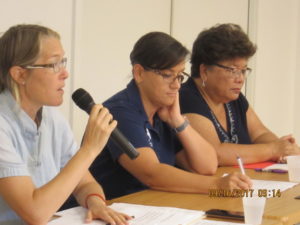 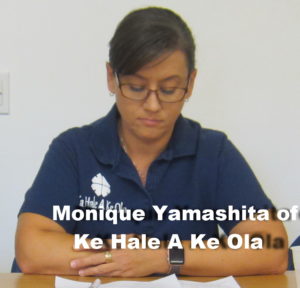 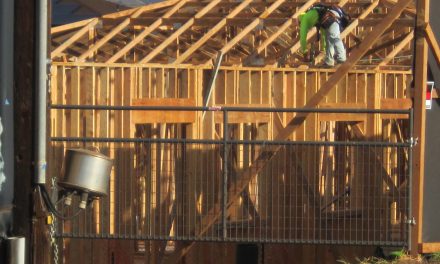 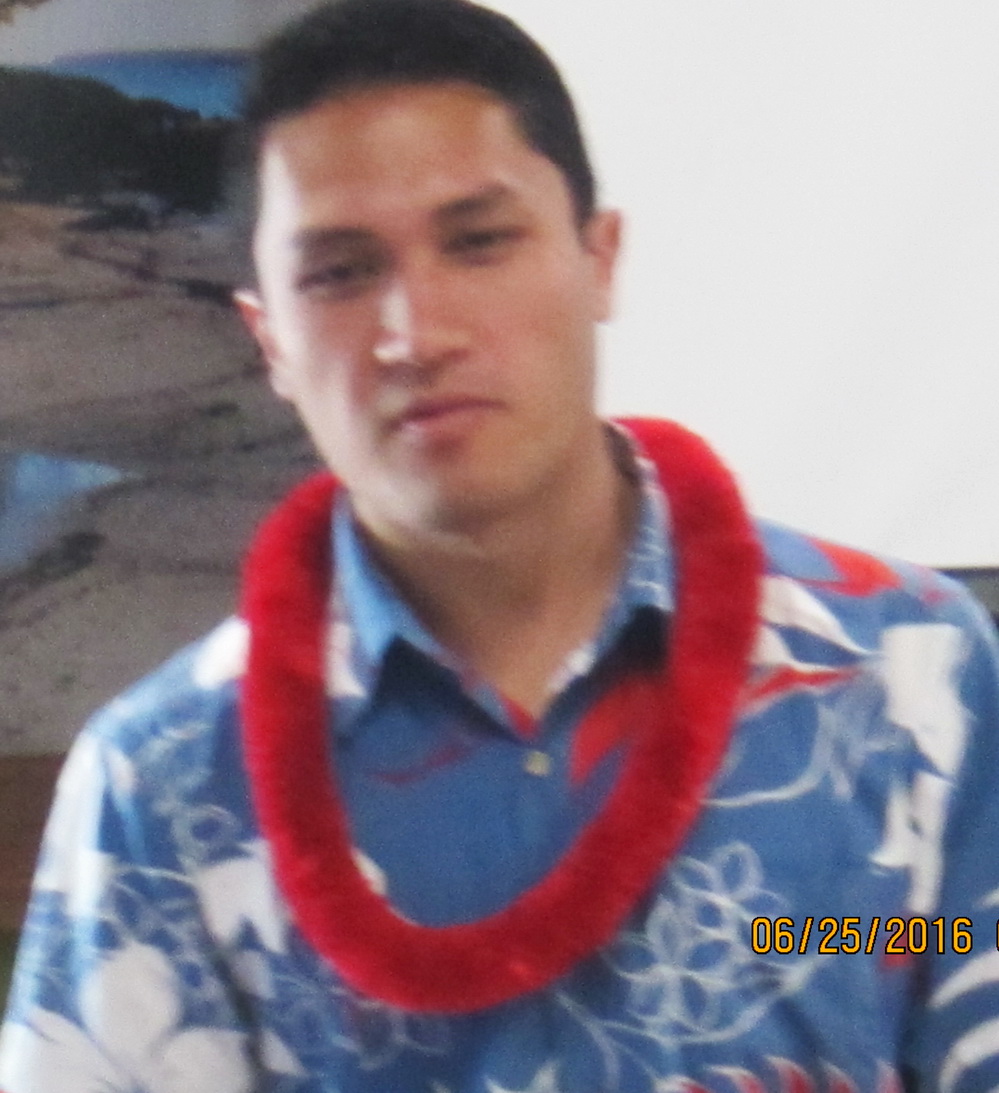