What did MECO tell all the Community Associations last Thursday? 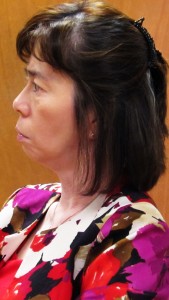 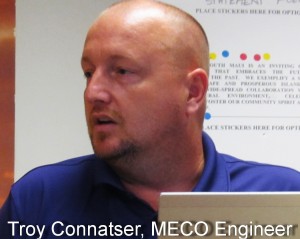 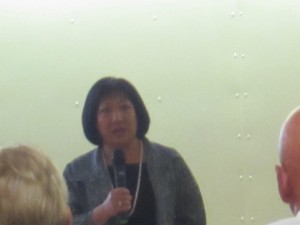 Community associations from around the island were invited to an open house at Maui Electric Companyâ€™s headquarters in Kahului on March 12, 2015. KCA was represented by two board members and a former board member. After pupuâ€™s, several engineers and managers offered power point presentations on MECOâ€™s present condition and future goals. Currently 30% of energy needs are met by renewable energy, with a goal of 72% renewable energy by 2030 through a combo of wind power, solar, geothermal sources and liquefied natural gas. They predict this change will offer lower bills (20% by 2030), increase clean energy, offer more customer choice and increase reliability. They intend to implement household smart meters (with an opt-out feature) by 2016. They stated that the wait for households to install PV systems has been lifted as has the need for an expensive survey. If you want PV, you can apply and it should not be a hassle to obtain approval. Net metering will not be offered to new PV users as a way to spread out the rising costs of electricity and level the â€œpaying fieldâ€ between PV owners and non. However, if you have currently have PV, your net metering billing system will not change. A mention was made that a 25 mega watt power plant or sub-station would be located in Kihei that would eliminate the once-discussed addition of overhead or underground power lines. Upon further questioning days later to clarify the location of this facility, MECO back peddled and stated that a community meeting would be arranged to further discuss the specifics and would not confirm this statement made during the presentation. Stay tuned for yet another MECO meeting!!

Do we protect our Hawksbill Turtles in Maui? 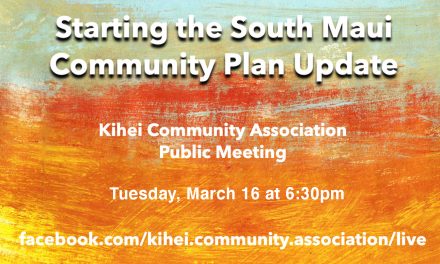