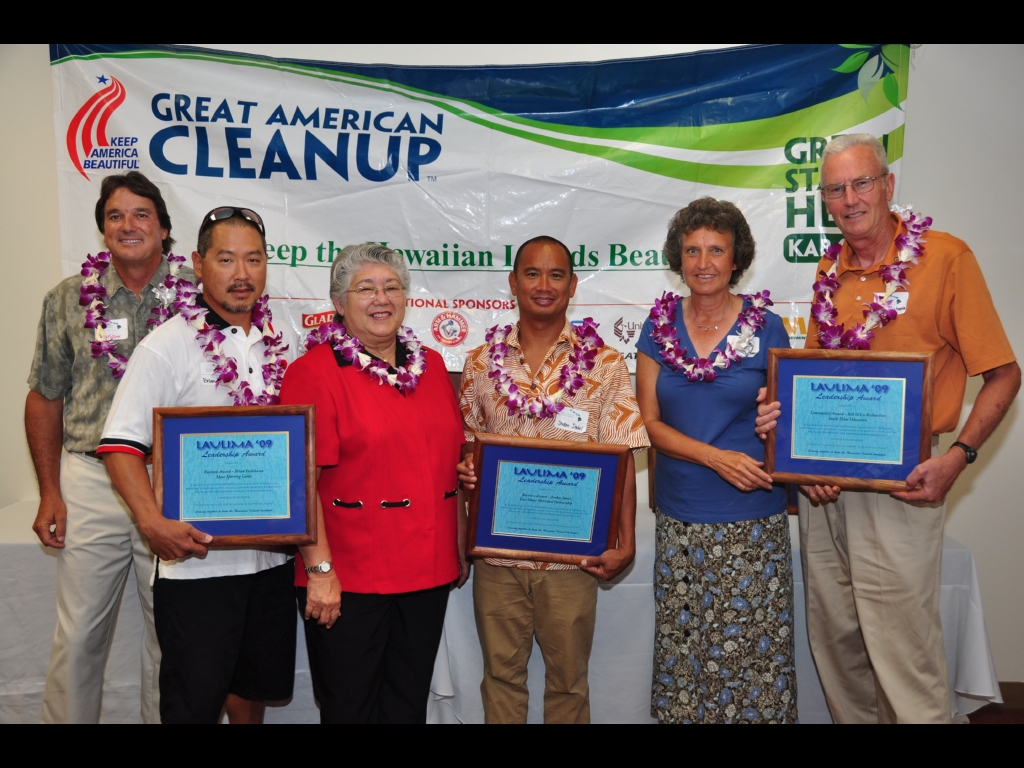 The Laulima Award recognizes outstanding environmental achievements by individuals, businesses and government representatives who are named by the mayors of each county.Maui County Mayor Charmaine Tavares presented these awards:

Community – Bob and Lis Richardson. Since moving to Maui in 2001, they have been active in a variety of cleanup efforts in South Maui starting with the Kihei boat ramp and Kamaole Beach Park III. Since then, they joined the efforts of Community Work Day, the county Parks and Recreation and Public Works departments, and other organizations. Recently, they became involved with Volunteers on Vacation,a program funded by the county Office of Economic Development and the Hawai’i Tourism Authority.

Business – Brian Yoshikawa of Maui Sporting Goods. For the last 13 years, he has hosted a Father’s Day tournament that encourages youths to enjoy the sport of spearfishing in a responsible way that respects resource laws and safety rules.He was a key participant in the county’s International Year of the Reef celebration and, partnering with the Mayor’s Office, created a spearfishing tournament called The Roi Roundup, an attempt to control the invasive roi, taape and toau fish.

Government – Jordan Jokiel, coordinator of the East Maui Watershed Partnership. Established in 1991, it is the first such endeavor formed to pool the knowledge, expertise and resources of East Maui’s largest landowners, government agencies and ranches to protect the watershed. Jokiel and his crew of volunteers combat invasive species, install protective fencing to protect sensitive areas and monitor the health of the watershed.He also works to communicate the importance of a healthy watershed to the public.

The awards were presented Aug. 24 during the annual meeting of Keep the Hawaiian Islands Beautiful at the State Capitol in Honolulu.

The ceremony honored the memory of Katy Kok, founder and executive director of Nani ‘O Wai’anae, who died in August 2008 at age 60. Her Oahu group was the first certified Keep America Beautiful affiliate in Hawaii. 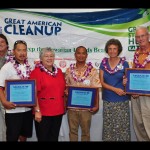 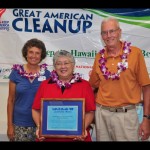 Kalama Park Action Team is Making a Difference in Kihei 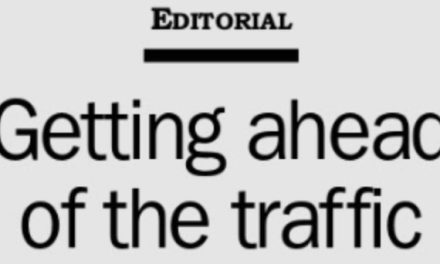 Maui News – get the roadway built 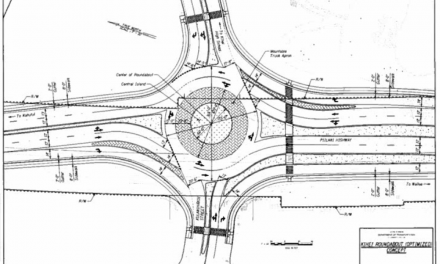 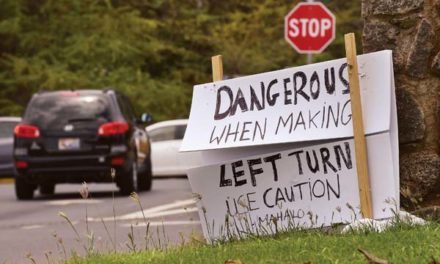