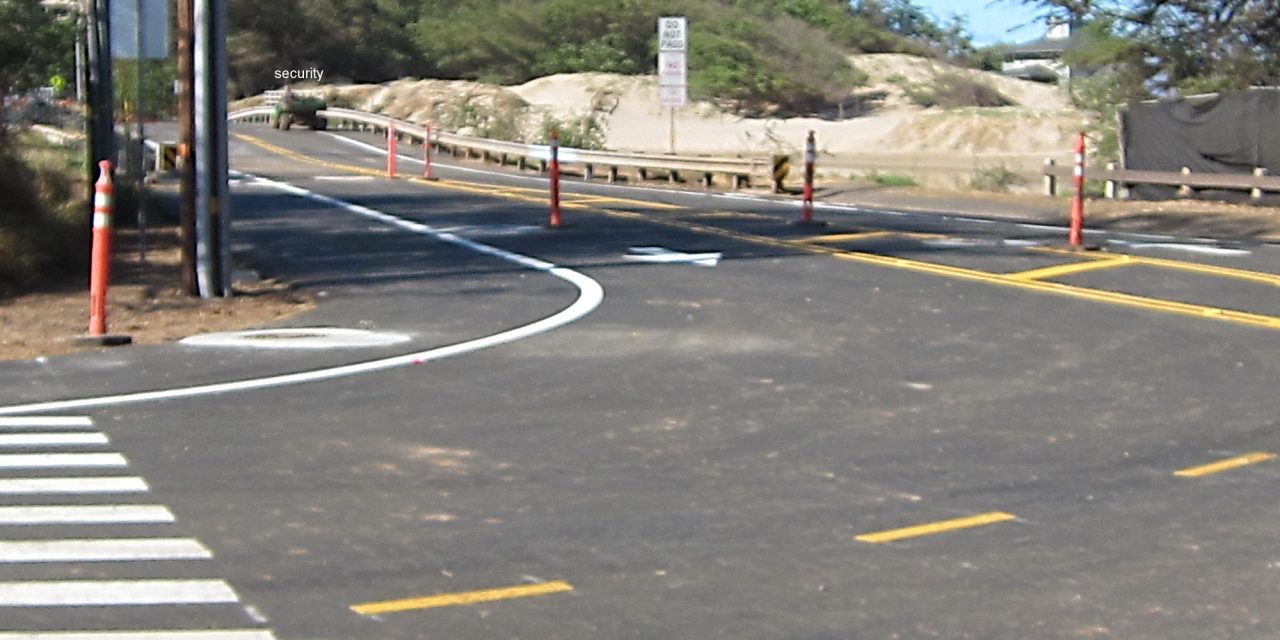 North Kihei Neighborhoods Gets Freedom Back for Independence Day 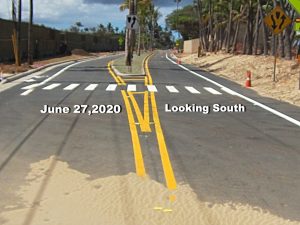 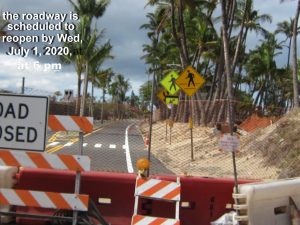 For the last two months the Kaonoulu region of makai North Kihei has been under a varied sort of quarantine, due to a blockade at the intersection of South Kihei and Kaonoulu Roads. All transit – walking, cycling and driving- were prohibited here with resulting inconvenience. Residents were unable to access the beach,  and there was no safe thoroughfare for movement north or south, except by using the treacherous Pi’ilani Hwy, at the pinch point over the Kulanihakoi River bridge.  The surrounding neighborhoods were flooded with vehicles unfamiliar with local roadways. Additionally, a few local businesses on South Kihei Road, who were already reeling from loss of business due to COVID-19 restrictions, felt another jab with the traffic diversion.

But that is about to change with the news from Hilton Grand Vacations (HGV) that the roadway is scheduled to reopen by Wednesday, July 1, 2020, at 6 pm! 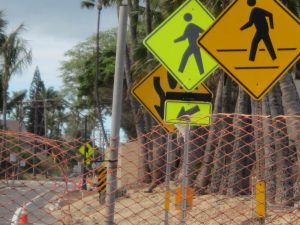 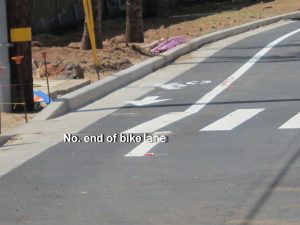 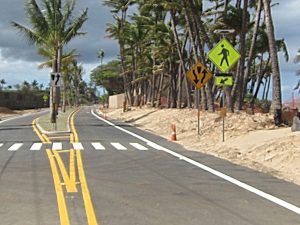 KCA commends Hilton for its open and helpful communication with us before the closure was publicly announced as well as throughout the process, including an announcement that the road work would be finished ahead of schedule.

Mayor Victorino had stated the work could last three months. Hilton Grand Vacations advised the public their goal was ten weeks. The work appears to have been finished ahead of schedule by over one week.

The Kaonoulu houses and surrounding neighborhoods are set to have their roadways open in time to celebrate Independence Day weekend with renewed and safer freedom. There will be a new, improved divided roadway with bike lanes on both sides, safer signalized crosswalks to access the beach and removed detours on residential roadways. Walkers & cyclists will rejoice. 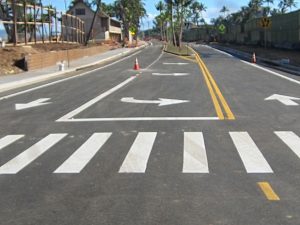 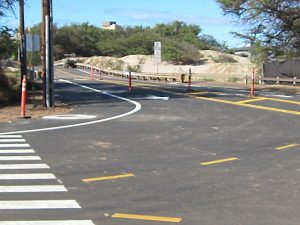 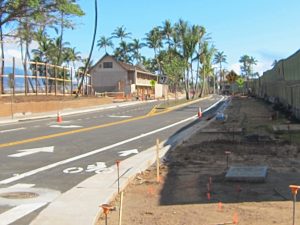 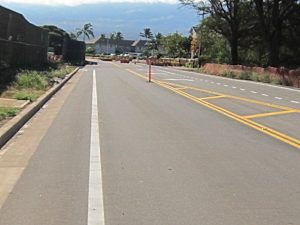 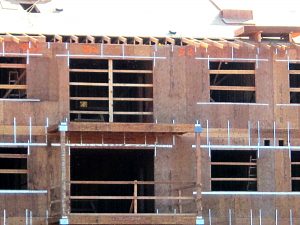 Now if we can achieve some connectivity on this road for walking and bicycling by the County, so this improvement is not just an isolated strip; but that is for another post on another day 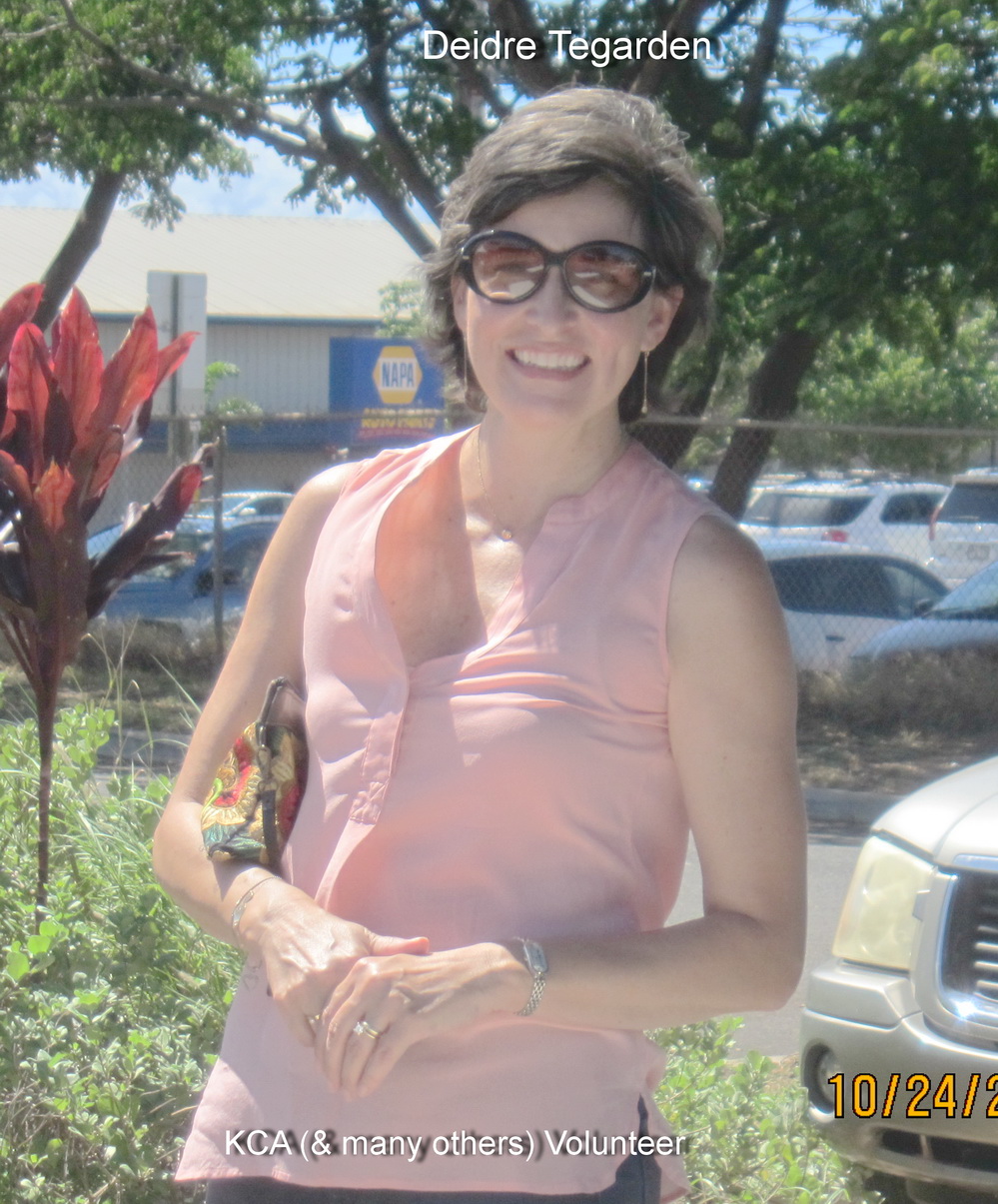