As visitor season brings greater numbers, complaints increase too; and it is not even Thanksgiving

11/17/17 #kihei
Depending on the specific day and numerous variables, somewhere after 3:30 PM or a bit later the gateway intersection sees slowdowns and back ups on both North Kihei Road and the Pi’ilani Highway intersection entering Kihei. The closure of South Kihei Road (SKR) at Uwapo, announced to commence on August 21, and actually starting somewhat later, looks like it will continue into 2018. Thus all traffic entering our region can only pass through one intersection and we hear of backups to the Maui Canoe Club and the Bird Sanctuary in late October.

This is exacerbated as the slowdowns extend to the Kaiwahine traffic signal, since Uwapo has the burden of carrying SKR detours.

As we await a County Administration Press release, indications are the closure is expected into February 2018. We see the contractor Hawaii Dredging working at the project and expect they are proceeding as directed by the Public Works Department.

Public Works, quickly responding to our request, will check with the State DOT next week (these are all state roads, except SKR) regarding the traffic signals’ timing. We hope that signal adjustments can mitigate the problem to some extent, but overall long term closure of one of only two North South roads in Kihei, combined with all the added seasonal population increases, spells traffic problems coming into Kihei. Stay tuned.

Looking north toward NKR over the river gulch, we see big traffic delays next few months 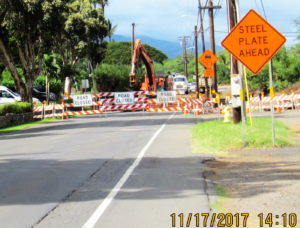 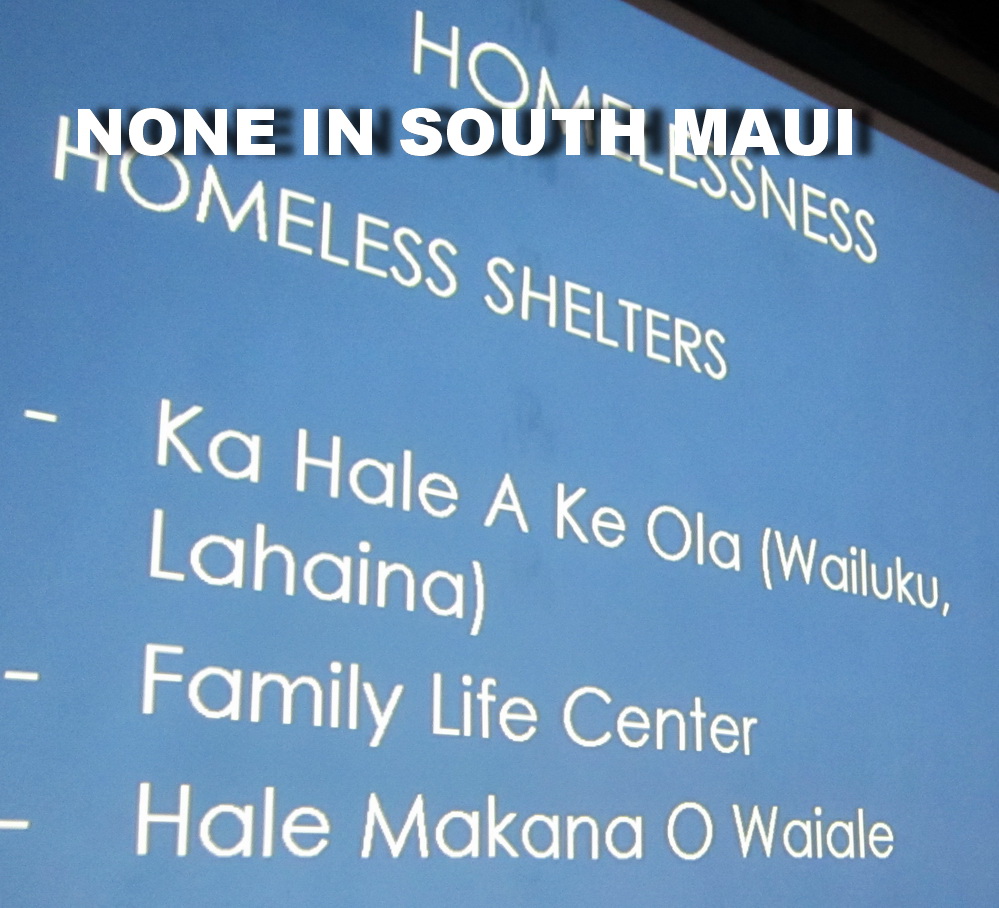 Keep the dates: important public meetings in Kihei next month