Are we getting any improvements for safe walking & biking across Kihei? Not yet!

UPDATE 12/24/13 Â Â Guess is was an “accident.”Â  We now observe a chain is welded to the huge fixed post, and the chain fastened to the gate, so access for bicycles is once again hampered. 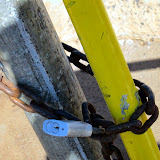 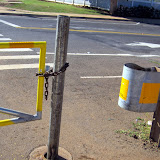 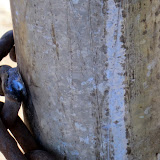 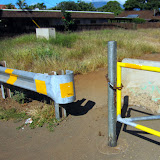 KCA has been on a seesaw for years (decades?) with County Government for the mystical (mythical) N- S Collector Road, but the teeter totter is on the upside again. At the Walkable Livable Communities Institute presentation ( seehttps://www.gokihei.org/environment/transportation-plans-for-south-maui ) we understood Â that the Â “County government” advised the State DOEÂ  that the design of the north unfinished portion, between Kaonoulu and Kulanihakoi , process was to begining in March, 2014. When we queried Don Couch this morning on his live radio show, he confirmed this, adding some design work had been done on bridges to span the two gulches! Stay Tuned.

UPDATE Â 12/6/13 Â Â  Â Is this an intentional improvement for guys bicycling to transition between the â€œofficialâ€ beautiful, well maintained Green-way bicycle path makai of Liloa to the dirt â€œpeople’s pathâ€ at Waipuilani? While the opening between the guardrails is still blocked by the â€œJersey barrier,â€ the angling of the gate gives easier access for a bicycle rider to pass through the slot. 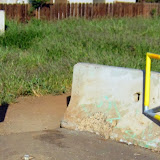 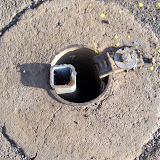 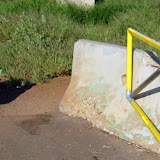 Who unlatched the gate?

The latest project in the area of the “peoples’ path” along the N-S Collector Road corridor across Kihei is the installation of this gate this afternoon Â (9/30/13) at the intersection of Liloa and Waipuilani, where the only South Maui bike path ends. But some bicyclists continue on across the rough dirt pathway from Waipuilani to Kaonoulu northward to at least pick up a bike lane on Kenolio shoulder. KCA continues to advocate for completion of this missing segment of the Collector Rd, and in lieu of a roadway, at least a paved bike path/greenway.

We expect the reason for installing the gate between the guard rails, installed earlier this year, all in place of a series of “Jersey barriers,” is to facilitate truck access to the path for County Public Works and MECO to the area for maintenanceÂ and repairs.

But after years of repeated requests, no improvement for walkers, bicyclists, skateboarders or even motor vehicles in this area of need. 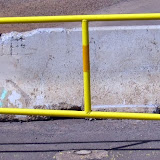 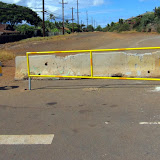 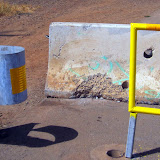 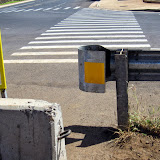 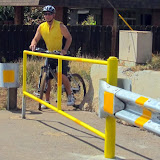 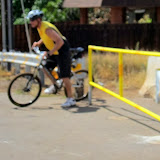 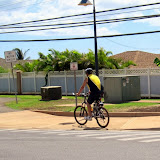 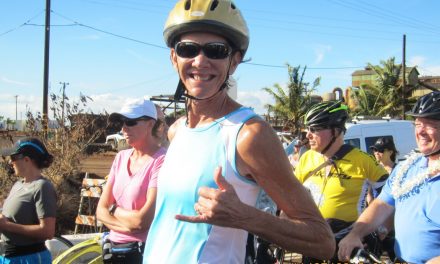 A safer bikelane on a roadway