How many people would ride a bike across Kihei, if there was a safe pleasant place to ride? Sure, many of usÂ ride along So Kihei Rd. “WATCH OUT!!” dodging right turning & drifting motor vehicles, abruptly ending bike lanes and numerous other impediments, and some venture along the Pi’ilani Highway, trying to time crossing the gulch bridges when there are no big trucks adjacent, but how about an alternative?

OK, it’s not really completed, and when it is, it’ll be less than a mile long, but after twenty years of talking, we have a beautiful beginning. Now that the community has a taste of it, they are already calling for a lot more of the same. Mayor Arakawa, on two hours of sleep yet, weaved his way along a good stretch of the bike-way to officially open up the first portion, followed by an assortment of wheeled Mauians.

Then in an efficient use of human and other resources, the second segemnt of the festivities at the same time and same place, under the same tent,Â ground was broken for the notorious roundabout at the Pi”ikea- Liloa intersection in central Kihei, so moter vehicle users were included in the blessing and dedications. 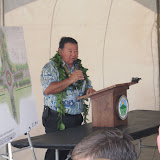 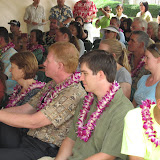 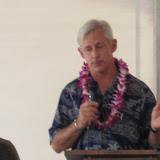 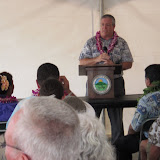 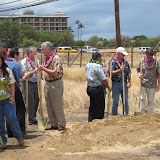 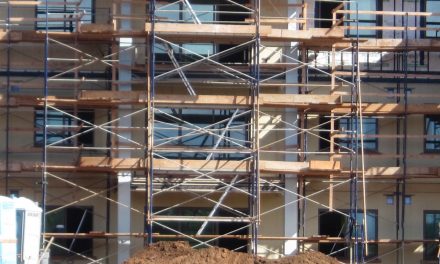