When the county governmental officials did the ceremonial groundbreaking picture on 7/30/11, it really was the begining. A few days later the professional builders were hard at work at the intersection of Pi’ikea and Liloa, changing the present four way stop to a modern roundabout. On a personal note, after taking these pictures, I navigated the present intersection on a bicycle, and after waiting for the three motor vehicles who preceeded me to the stops to cross,Â I then ventured into the intersection, only to have to skid to a stop as a car blasted through the stop sign on my left and inÂ front of me.Â  Please hurry up with the construction. Aloha. 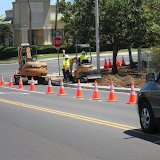 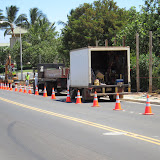 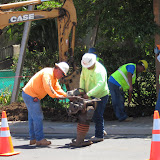 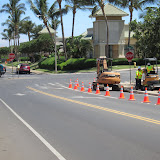 Â Now a few days later, all four corners show initial signs of being rounded out. 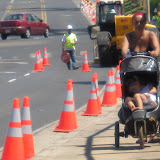 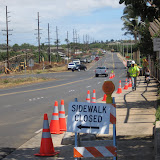 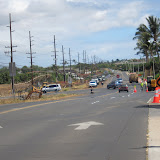 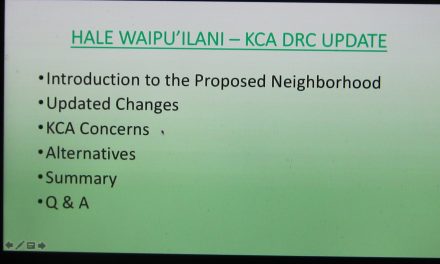 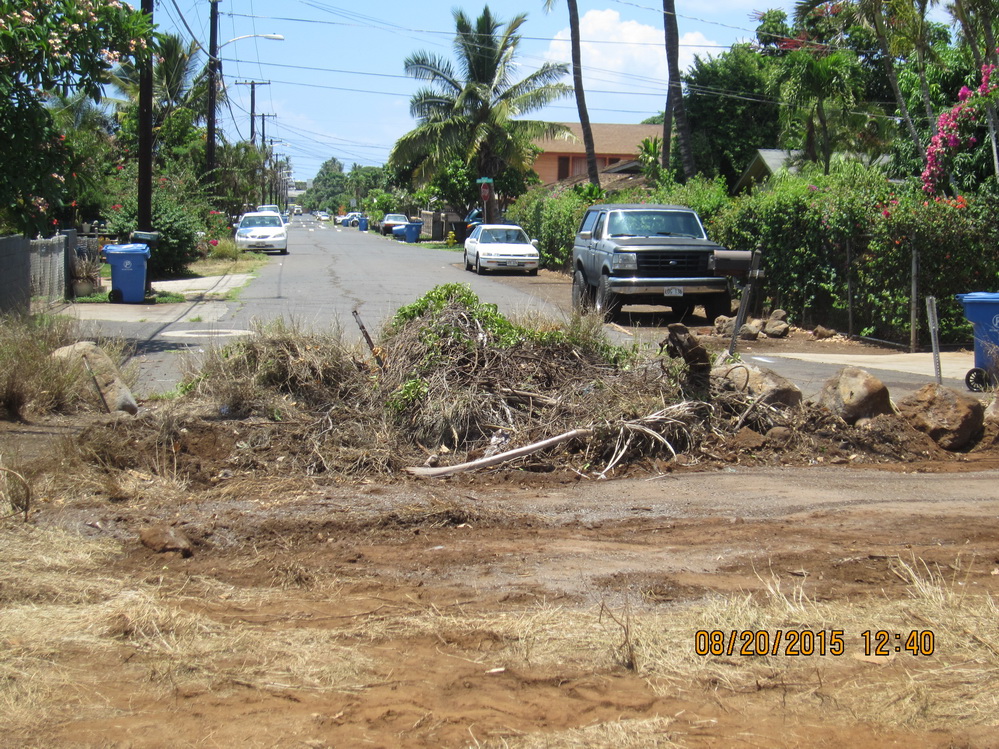 Is the short segment of NSCR set to begin construction 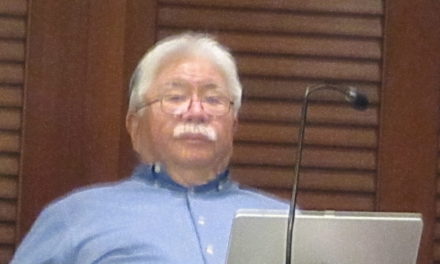