10/17/18 #kihei
Remember the important election date November 20 when the KCA membership will elect the KCA 2019 board of directors.  And oh yes, there is that other election on November 6 also.

Of course we have no way to measure how our candidate forums affect elections, but our hope is more South Maui guys will register and vote for their favored candidate in every contest. By using the final one for this year to expose Council candidates from outside our district to offer their opinions and knowledge of our part of the county, we hope this encourages our community to consider this in all nine Council contests.

The second half of the program featured the two candidates from Kahului, where there is no incumbent, but there is the current mayor, Alan Arakawa, who has worked in Maui county government for three decades. The other is Tasha Kama with no county government employment in her career, but countless community action activities. Many of the same topics were addressed with this duo, but we did offer some specificity to each candidate, due to the drastically different backgrounds.

A question posed to all candidates was about the community plans, including the 1998 Kihei-Makena Community Plan. Why has it not been implemented, e.g. infrastructure concurrent with development (instead of unfettered development without concern for traffic, flooding, environmental impact), and contiguous sidewalks and bike paths? Keani suggested it requires electing a mayor who will enforce the community plans. Stacy said we need to look into making community plan development a less lengthy process. Tasha said she will go to each community to understands its particular needs. Alan said much of the plan is being fulfilled to a large degree but is dependent on funding, and KCA (by wanting to preserve trees on South Kihei Road) caused the County to lose funding.

One major point made with Arakawa concerned the community perception that he strongly disfavors the South Maui district. This perception is based on his annual budget capital improvement project (CIP) allotments in the past eight years of his administration. South Maui district, as shown on the mayor’s budget on the official county website, lags significantly behind the central and west districts . Further, he has frequently blamed many of the problems in Kihei on the general community as well as on KCA. His response alluded to the Wailea and Kihei neighborhoods of South Maui being distinct, which baffled us as to any relevance to the matter.

Stacy said she will listen to district representatives. Keani suggested that Maui as a whole be considered in budgeting, with one district getting extra help because it needs it one year, with another district getting more help the following year. She also wants to make it easier for the community to hold the Council accountable, and to participate remotely through video chats.

As for the unacceptably low attendance by Council members at committee meetings – often leading to the meetings not reaching quorum and so having to be adjourned with no decisions – the answer provided by Keani, Stacy, and Tasha was to not reelect those Council members. Alan suggested the current Council is dysfunctional, with members not showing up at meetings if they don’t want to, but offered no solution. Many in the community feel there should be more immediate consequences for Council members who don’t show up and do the job.

As for the visitor industry, there was general agreement that Maui needs other options and should not rely exclusively on that single economic engine, but only Tasha suggested a way to change that: the visitor industry is the only one we give money to; we should be giving money to agriculture, the film industry, and others in order to diversify.

We concluded with a bonus from Paia/Haiku/Makawao candidate Mike Molina who offered a two and half minute summary on many of the issues discussed. Unfortunately, the other district candidate Trinette Furtado advised us just before the meeting that she encountered an emergency, and never appeared.

The next meeting is on NOV 20, on schools and education in South Maui, ELECTION OF THE 2019 KCA BOD, and presentation of the Wiliwili Award. It will be at the same location, at St Theresa Church Hall, at the corner of Lipoa and South Kihei Road. 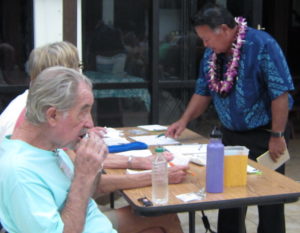 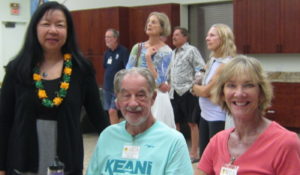 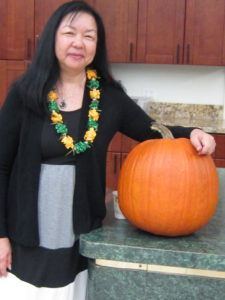 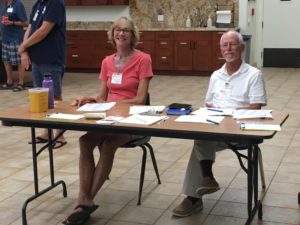 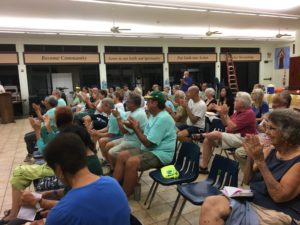 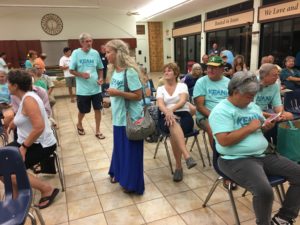 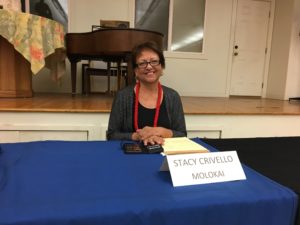 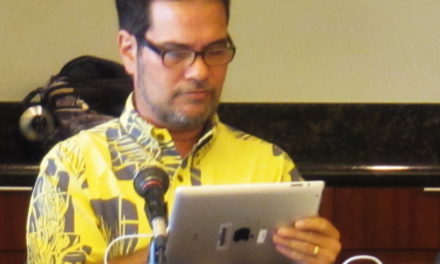