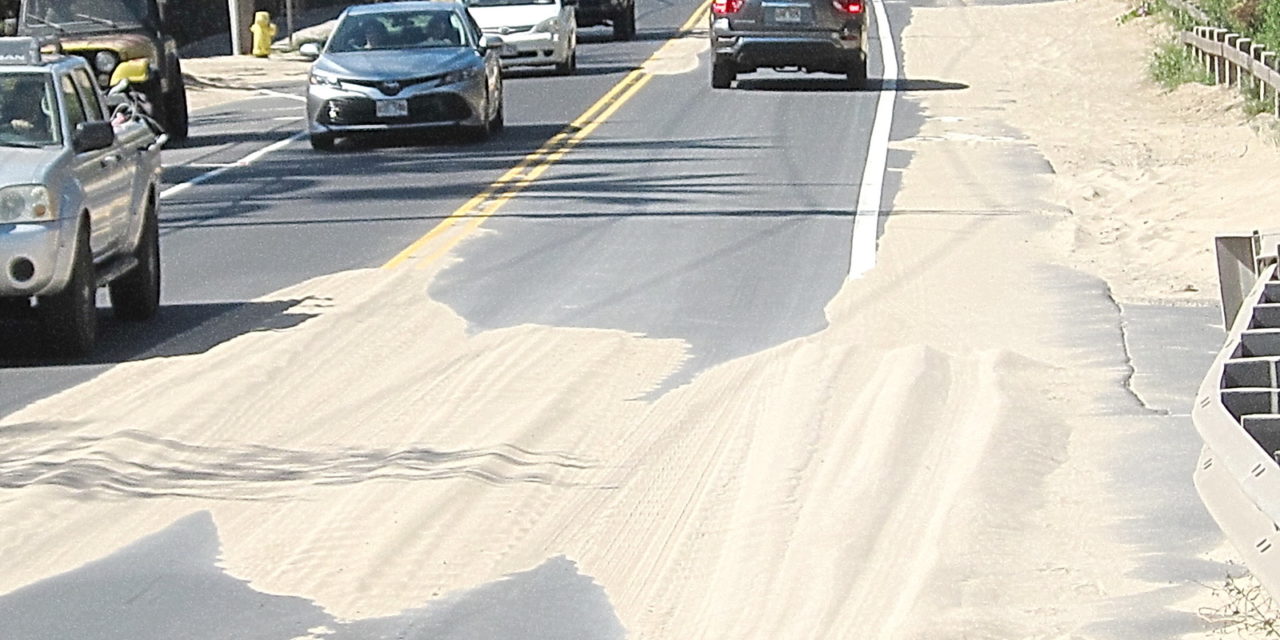 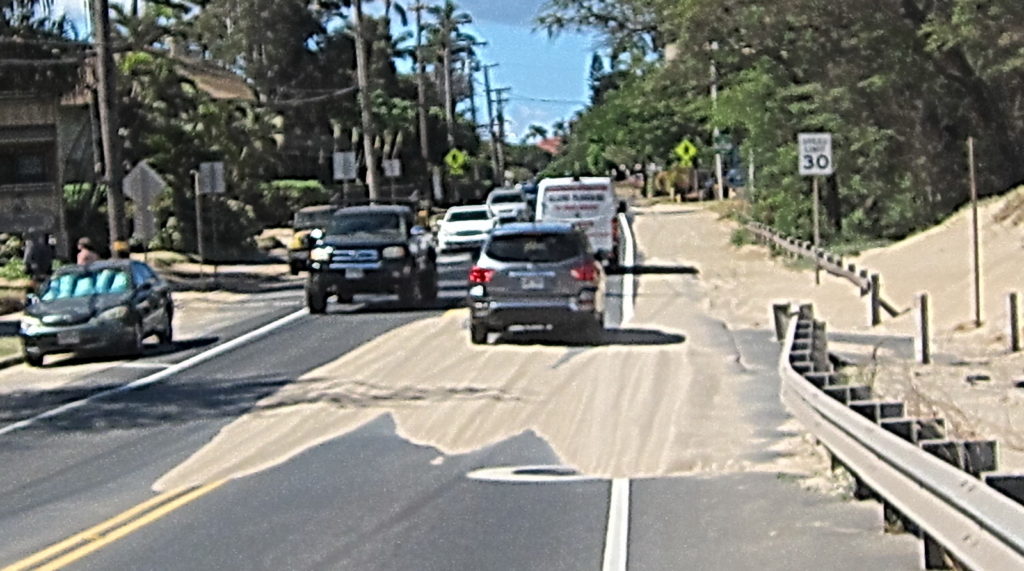 Windswept sand onto roadways can cause hazardous driving conditions which include poor visibility and tire slippage. There’s also the problem of sand wreaking havoc with gears, engines and vehicle paint. There have been some small studies done on the effect of windblown sand. In Kihei, sometimes there is so much windswept sand covering sidewalks and roadways along South Kihei Round near the Kulanihaoi river gulch the county has to step in with equipment and crews to mitigate. But is it enough?

During the sand abatement, the county redirects traffic to a single lane so that crews can remove the windblown sand which stockpiles into small dunes on the traffic lanes. The areas near the Menehune Shores Condos all the way up to the ‘Suda Store and Shell Station along the Pi’ilani Highway are affected. There is a dune or berm which partially protects the highway but it’s not a true preventative for the larger problem of roadway issues.

Sadly, hours after the county crews have left, the sand returns and it is like the crews were never there.

Removing the sand without addressing the cause makes for a futile circle of blown sand, remove, and blown sand again.

In the Whale Sanctuary area near South Kihei Road, there is a dune of sand, but it often is a source of the blown sand, rather than protecting the road from more swirls of sand.

Past decisions of urban design for Kihei have greatly disrupted the balance of nature. Although those decisions cannot be reversed, the resulting issues of sand must be managed as best as can be done. In the future, it’s possible that sea-level rise will eliminate this problem, as the kai is predicted to cover South Kihei Road.

Meanwhile, the windswept sand and its resulting road issues have been a concern for Kihei Community Association members.  Reportedly, some KCA members have reached out toward the Mayor and the Department of Public Works for assistance in this matter. The Kihei Community Association has contacted the new Director of the Department of Public Works, Rowena Dagdag Anday. The KCA has also contacted coastal geologist Tara Owens, a University of Hawaii Sea Grant recipient and someone who works with county planning.  She has always been a reliable and outstanding supporter of Kihei community concerns. 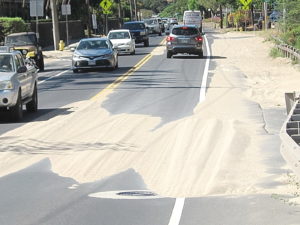 LUC Decision on Kaonoulu “mega malls” -NOT in compliance 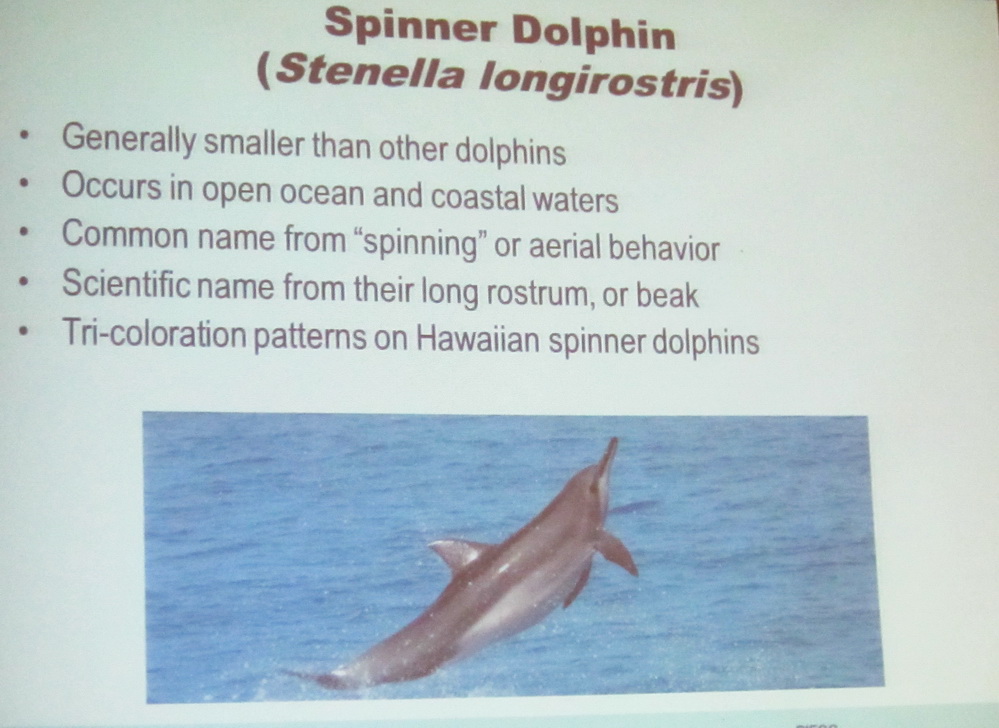 KCA Testifies in favor of NOAA proposed protection of our Spinner Dolphins, nai’a, on Thursday Evening