The County Council is composed of nine members. The Council is a legislative and policy-making body for Maui and its positions are divided by residency areas. All positions are voted upon by all of Maui residents. These are non-partisan positions, which means that political party divides do not matter in this local contest. The council positions are two year positions.Â

In November 2020, all nine seats are up for election or re-election, and seven of the nine seats are being challenged, with the exceptions being the Upcountry seat of Yuki Lei Sugimura and the Waikapu-Wailuku-Waihee position of Alice Lee. 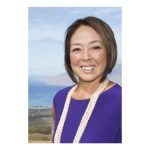 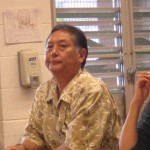 There is a proposed change for the county charter up which would eliminate the term “consecutive”, rendering council seats to be only held for a total of five two-year terms, ending councilship at a sum of ten years in a lifetime.Â  If this proposed change had been in place, then reportedly Council Members Hokama, Lee and Molina would not have been eligible for this last election. There is also another proposed change for the county charter which would further change the term limits to two four-year terms, for a sum total of eight years as a council member per lifetime.

Three candidates are vying for the Lanai position. 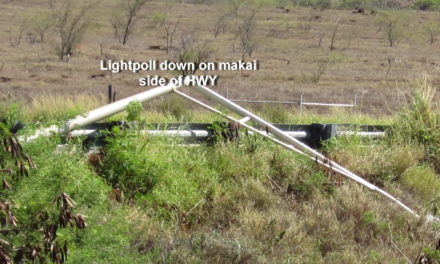 Another vehicle accidentt at Kaonoulu and Pi’ilani Highway this morning?

What is going on at this N-S Collector Road site?