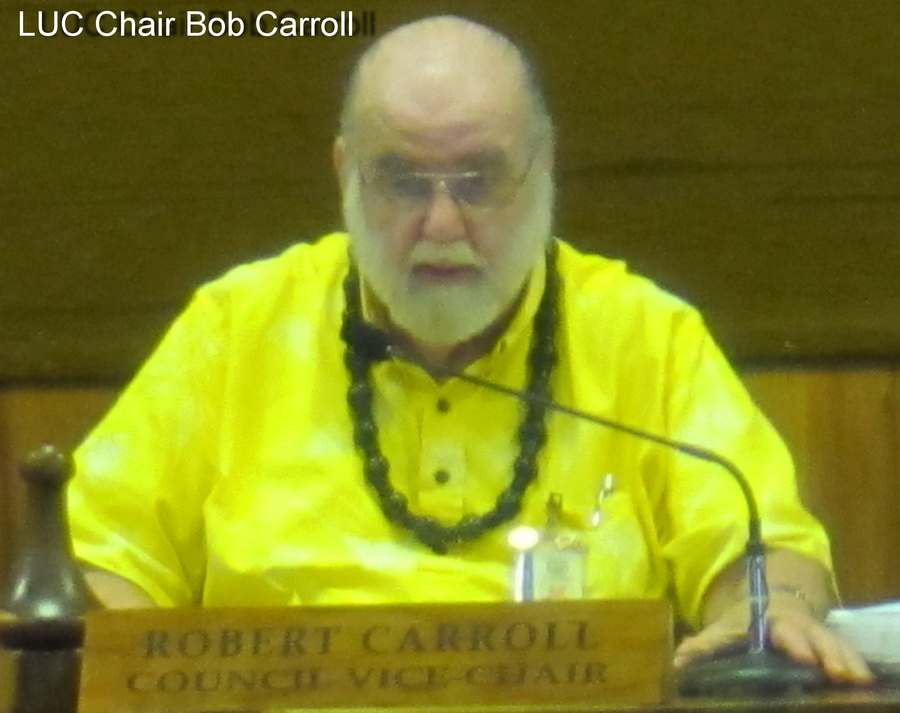 UPDATE 7/3/14-Â With no significant changes, the Land Use Committee of the County Council approved the necessary land use changes to to give A & B the OK to build 600 so called affordable homes, mostly condos, atop an already crowded congested Kaiwahine . Setting a condition for an exit to some vague possible future road mauka of the project with no timeline means little, if A & B decides to begin building.

With a list of conditions, the Maui County Council’s Land Use Committee on Wednesday recommended approval of community plan amendments and zoning changes to allow for the development of A&B Properties’ proposed 600-unit housing project in north Kihei.

At the heart of the panel’s discussion was how to alleviate traffic on the project’s main thoroughfare, Kaiwahine Street. The street already serves as a major access road to a subdivision, and the two developments would share Kaiwahine Street as an access to Piilani Highway.

To deal with the traffic impacts, the panel required that A&B have another in-and-out access point on the mauka side of the project, which will be near the county’s Hale Piilani Park, said Council Member Don Couch after the meeting.

Couch, who holds the South Maui residency seat, was particularly concerned about traffic issues raised by many testifiers at meetings over the past year. But after several meetings and lengthy discussions on the traffic issues, the panel recommended approval – with conditions – of a community plan amendment from agriculture to multifamily, single-family and commercial designations. The committee also recommended approval for a change in zoning from agriculture to apartment, residential and community business districts.

The project now heads to the full council for approval.

The $220 million project calls for building a range of housing from single-family homes to multifamily flats and townhouses. The project would cover about 94.3 acres mauka of Piilani Highway between Kaiwahine Street and Mokulele Highway.

Conceptual plans presented earlier this year included a 1.4-acre commercial center, which A&B’s representatives said may include a convenience store or small shops, and a 7-acre park with a neighborhood recreation center.

A&B officials have said that the company aims to have housing units range from $300,000 to $600,000 in price and targeted for sale to working families.

To address traffic concerns, Couch said that the committee required A&B to provide vehicular access points between the development and any future collector road or potential mauka bypass.

While still not happy about the project with its traffic issues, Couch said he voted in favor of the land use changes because many future developments in the area, when they are built, will allow A&B opportunities for more access to the project.

A&B’s conceptual plan also proposes traffic improvements at the Kaiwahine Street and Piilani Highway intersection and another nearby road.

Â© Copyright 2014 The Maui News. All rights reserved. This material may not be published, broadcast, rewritten or redistributed.

UPDATE 7/2/14 Â As forecast, Â (below)Â this afternoon a hearing was scheduled, and Â KCA once again submitted similar testimony recommending against this projects. Since we have no information of Â even minimal modifications, our objections remain the Â same. There were less than ten public testifiers divided in support or not. While we were unable to remain for all deliberations, so unclear of final outcome, the committee seemed most concerned about traffic. 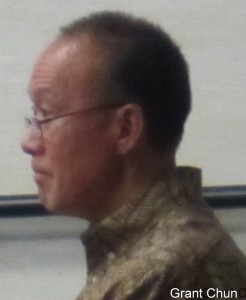 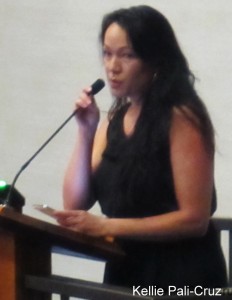 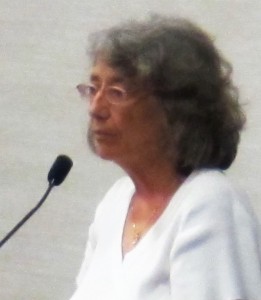 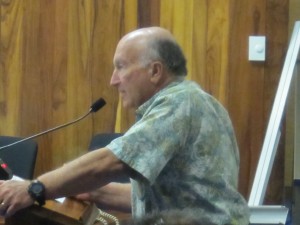 UPDATE 3/19/14 Â Â Â Once again the Maui Council Land Use Committee (LUC) conducted a hearing on this proposed No KÃ¯hei Development and again your Association presented both written and oral testimony to state our numerous objections to it, and once again the committee reached no decision. It is not expected to be discussed again until this summer., June, 2014.

UPDATE Â This afternoon (2/5/14) the County Council’s Land Use Committee (LUC) scheduled a hearing concerning a 600 unit residential (mostly condos) project, proposed by Alexander & Baldwin (A&B), to be built mauka of the Pi’ilani Hwy Â  Â  Â  Â  Â  Â  Â  Â  near the mauka end of Kaiwahine, which would provide the only access to/ from the highway. See agenda http://www.co.maui.hi.us/ArchiveCenter/ViewFile/Item/18707.

Your Association submitted testimony objecting to the proposed zoning change and Community Plan (KMCP) amendment, both of which are required for the project going forward. Our objection is based on a number of factors, including no elementary school, no connectivity to other areas, overwhelming vehicular traffic both on local neighbor streets and the highway, and other infrastructure shortcoming, such as water and sewage. Without adequate infrastructure, a development violates the KMCP, and to merely change the plan to fit the development defeats the purpose of the plan in the first place.

About a dozen testifiers participated, including a few neighborhood guys, who all expressed reservations. A few reps of building trade unions, including one from Oahu, offered support. As best we could tell, the support came from people who do not live in the area of the proposed project

We were unable to remain for the entire meeting, when the Committee deliberated, and heard from the various County Departments Directors, but all indications were that there would be no vote by the committee today. Look for a professional report of the meeting in the Maui Weekly,and report in Maui News here.

Community members and some council members voiced concern over the project’s only main thoroughfare, which would be through Kaiwahine Street. That street already serves as a major access road to a subdivision. Both the proposed project and the current neighborhood would share Kaiwahine to get to and from Piilani Highway, which would increase traffic at an already congested intersection, residents maintain.

Council Member Don Couch, who holds the South Maui residency seat, shared residents’ concerns about traffic problems. He asked testifiers at a meeting Wednesday if having an intersection that is “not as safe as could be” outweighed the need for affordable housing.

He got a mixed reaction with some testifiers. Some said they trusted reports and analysis by experts that deem the area safe enough. Others said they didn’t see a traffic issue, and others expressed a need for another access road besides Kaiwahine.

On Wednesday, the council’s Land Use Committee deferred action on A&B’s request for a community plan amendment from agriculture to multifamily, single-family and commercial designation. The developer also is seeking a change in zoning from agriculture to apartment, residential and community business districts.

The next committee meeting on the matter is tentatively set for March 19.

The $220 million project calls for building a range of housing from single-family homes to multifamily flats or townhouses. The project would cover about 94.3 acres mauka of Piilani Highway between Kaiwahine Street and Mokulele Highway.

Conceptual plans include a 1.4-acre commercial center, which A&B’s representatives said may include a convenience store or small shops and a 7-acre park with a neighborhood recreation center.

A&B officials have said that the company aims to have the first houses available for sale by 2018. Units would range from $300,000 to $600,000 in present-day market conditions and be targeted for sale to working families.

The state Department of Transportation is recommending seven project conditions, which include having the “mitigative transportation improvements” at the intersection of Piilani and Kaiwahine and Uwapo Road completed prior to home occupancy.

The department also wants a redone transportation impact study for the development when it reaches the threshold of 70 percent occupancy.

In responding to Guzman’s request to evaluate the DOT’s recommendations, county Public Works Director David Goode said that he believed the condition to have all the road improvements done before one house is built may be too “onerous.”

He added that some conditions were redundant with requirements already in place by the state and he saw no problem with another traffic study being done.

But, like the testifiers, a Fire Department official and some council members, Goode said that he, too, would like to see another exit or entrance on the mauka side of the development. 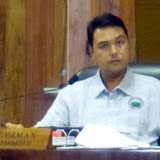 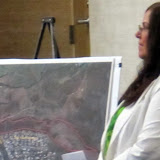 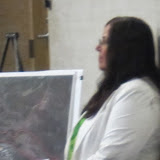 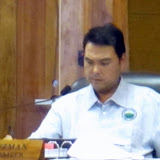 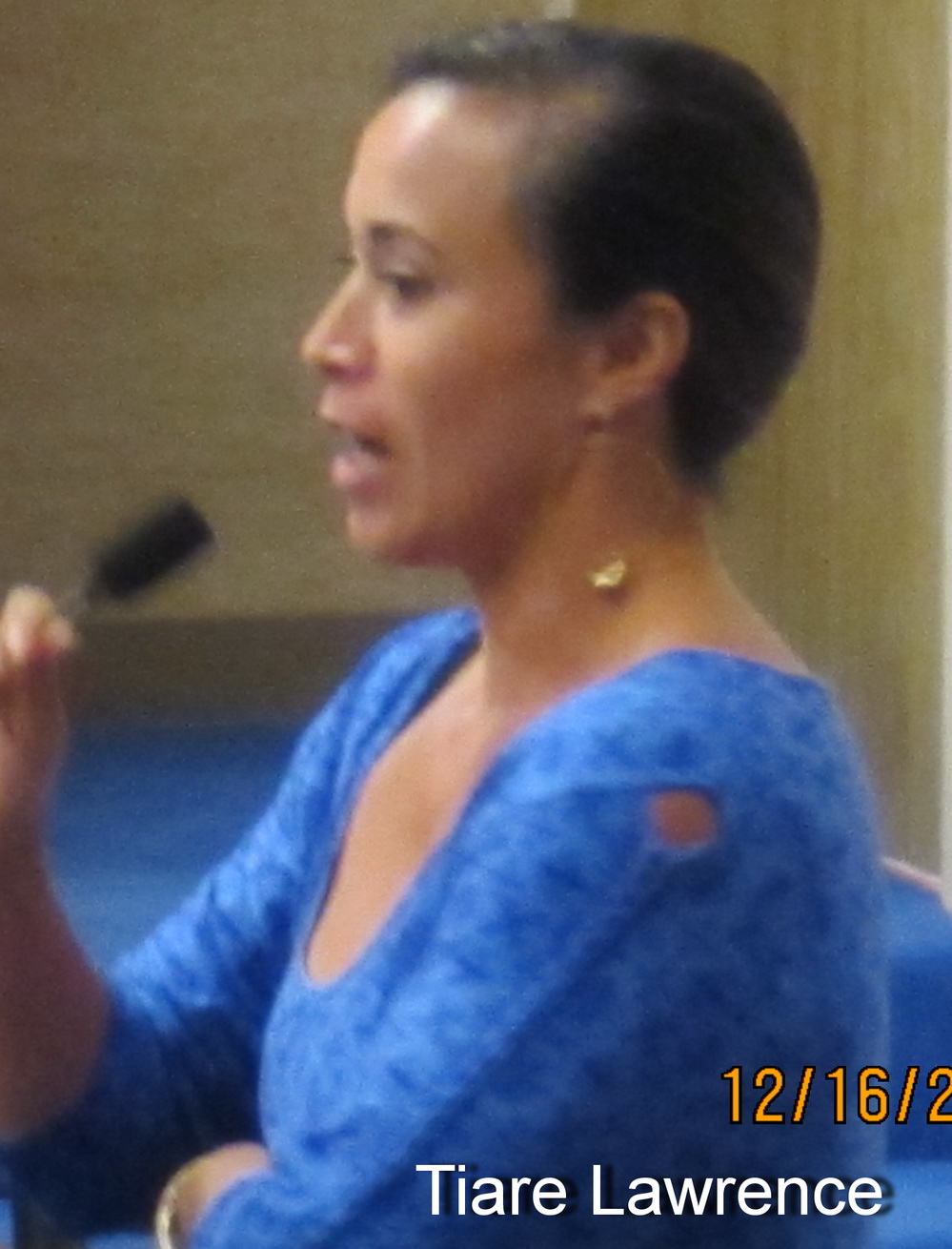 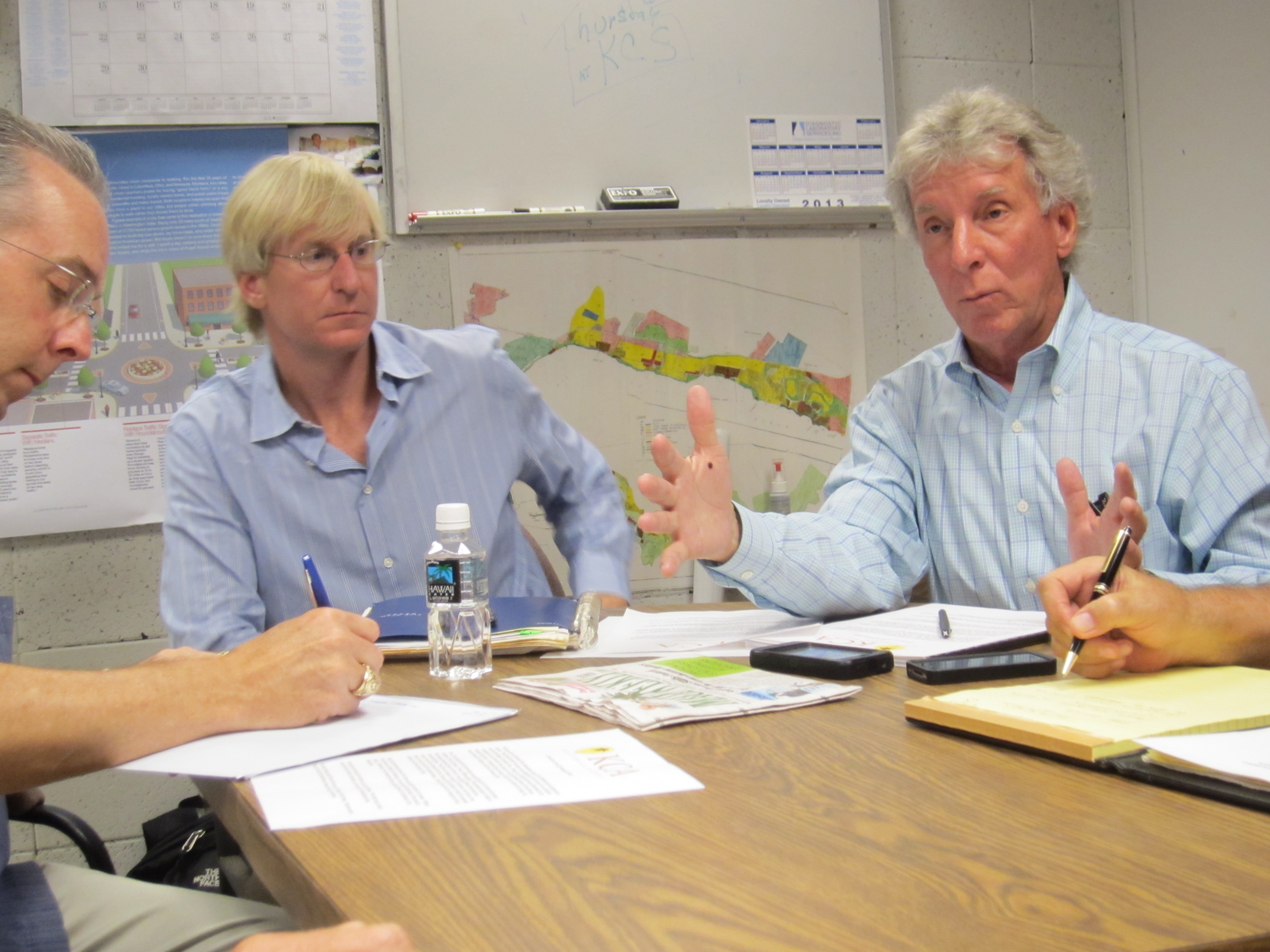 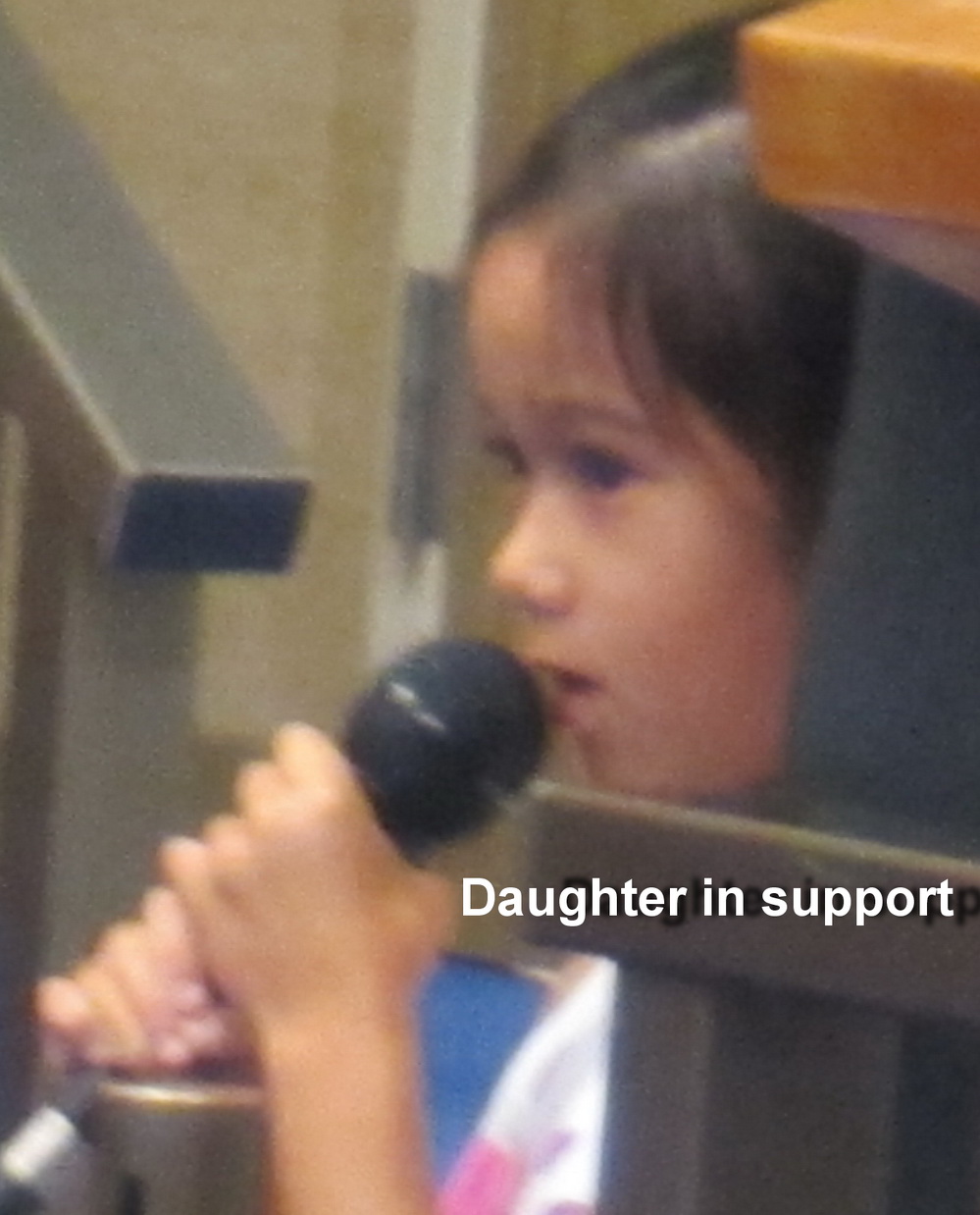