This last meeting of 2008 began with president Jon Miller announcing the resounding success ofÂ our community Luau on Nov 1, before introducing the compact list of board candidates for 2009, Andrew Beerer, Joe Bertram III, Don Couch, Michael DiBella, Mike Moran, Robert PickeringÂ and Bob Richardson to join him moving forward. The candidates were elected unanimously by the community members.

Â Â Â Â Jon then introduced Director of Transportation Don Medeiros who presented a power point on proposed bus stop shelters for selected locations among the 170 present bus stops, mostly based on the volume, indicating the first one may be completedÂ byÂ the beginning of 2010.

Â Â Â Â For a more detailed report, see the 11/26 edition of the Maui Weekly.

Below is a photo of our Board President, Jon Miller and 2 photos of Don Medeiros with a sample of a possible bus shelter design in the background. 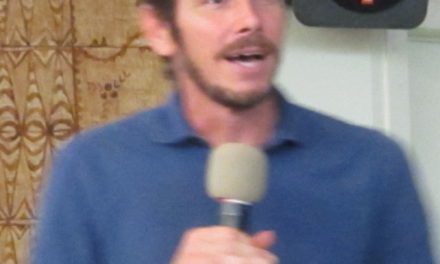 What if they built a mall and no one came?