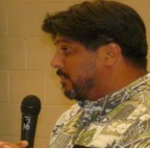 As almost 150 folks talked story before 3/18/08 Community meeting, enjoying complementary pupu from Stella Blues CafÃ© & Menehune Water, moderator Don Couch called the meeting to order, offering a number of public issues of concern, before introducing County parks Supervisor Sue Kiang for a Parks update; KCA President Jon Miller to state the importance of tonight’s topic, building the Kihei portion of the Coastal Heritage Trail along our shoreline, and past KCA president, and concerned area homeowner George Rixey for his prospective.

Department of Land and Natural Resources (DLNR) Land Agent Daniel Ornellas, after introducing administrator Morris Atta and numerous members of the various branches of the DLNR, presented a power point show outlining the overall planned effort of the trail extending between Waipuilani and Kalama Parks, expected to commence this spring.

The KCA open mic brought on a rousing community comment and question session dominated by residents living along the beach in the affected area, leading to informal discussion between the community members and the DLNR officials, after Don offered the closing announcement, including 4/15 meeting topic on proposed building projects in Kihei with refreshments to be provided by Hawaiian Moons and Safeway (Kihei) Supermarket. 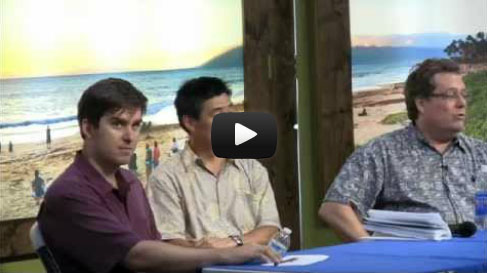 New Gardens Will Be Sprouting Across South Maui