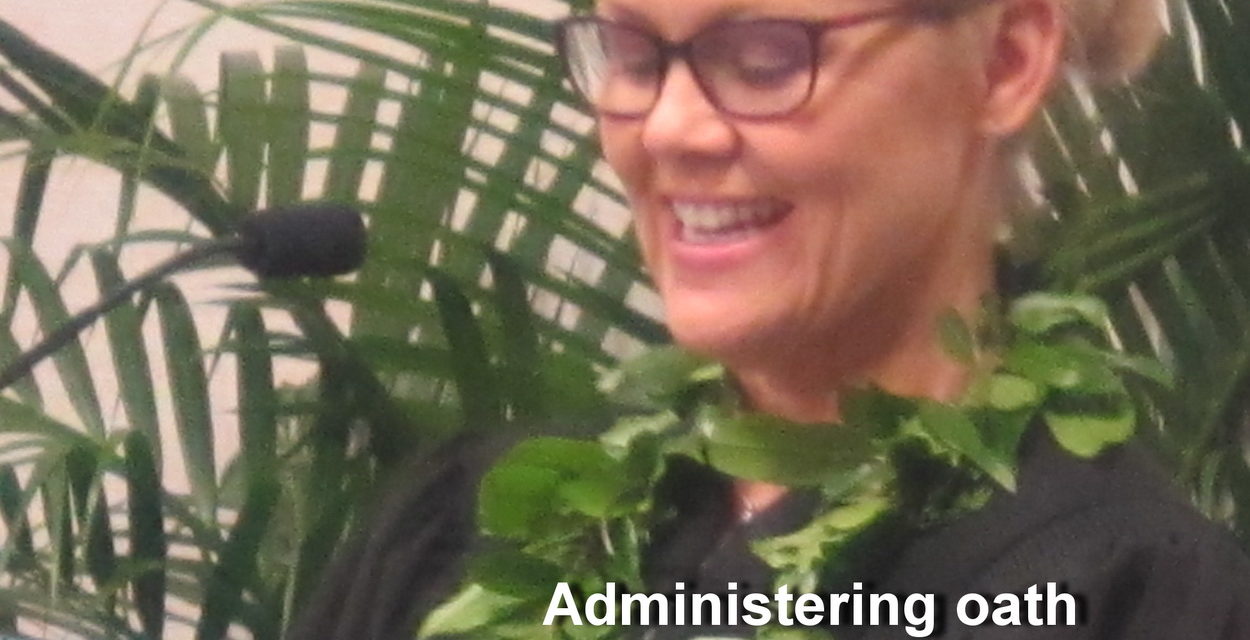 1/2/19 #kihei  Commencing at 2:00 PM this afternoon the organizational meeting for the newly elected Council, opened by the newly elected mayor Mike Victorino, offered about 17 public testifiers (2017 had almost 80 we recall) presenting their mana’o on the agenda items. The final testifier was a wahine from Molokai, Nicole Wallace, who happens to be the mother of new Council Vice-Chair, Keani Rawlins-Fernandez!

The first item was the election of the Council Chair, and as expected South Maui’s Kelly King secured the spot, and she ascended to take Victorino’s place at top of the chamber to run the remainder of the meeting. While the vote was unanimous, three members, Lee, Sugimura & Hokama expressed â€œreservations.â€ Lee stated hers were because â€œI don’t always agree with her on all the issues.â€ Wow, is there anyone with whom she always agrees on all issues?

From there, King continued the process to seek the rest of the leadership team. Based on unanimous votes, the elected leaders were for Vice- Chair, Keani Rawlins-Fernandez and for Presiding Officer Pro Tempore, Tasha Kama.

With that team in place, they moved to rules, where the group bogged down considerably. They were slow on the appointment of a person to the County Clerk’s position, County Auditor, and on the issue of salary increases for the Office of Council Services.

The meeting continued with the establishment of Standing Committees at the Council as per agenda item J, Reso 19-5.

That resolution stated the eight committees were to be based on eleven objectives in the Maui Island Plan, and KCA testified in support of this as did the vast majority of public testifiers.

Ultimately, all the matters eventually passed, with Hokama being the lone negative vote on many issues.

This meeting was preceded by the inauguration ceremony meeting at 10:00AM,   where the  members were sworn in  by Justice Kristen Hammand.

Look for the full report in today’s Maui News. 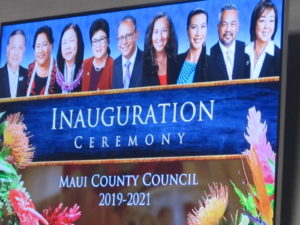 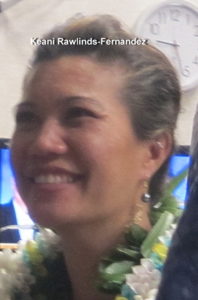 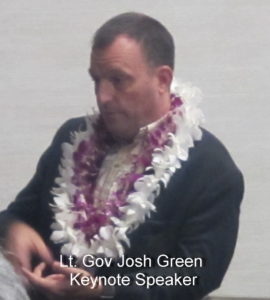 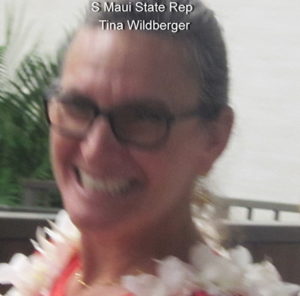 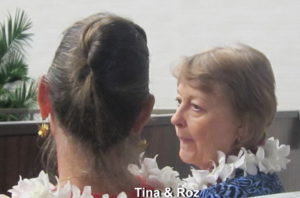 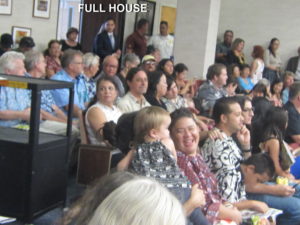 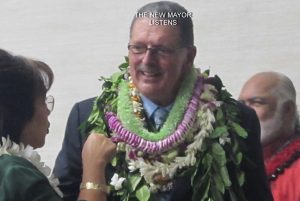 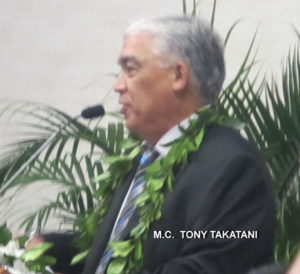 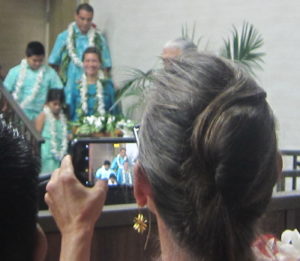 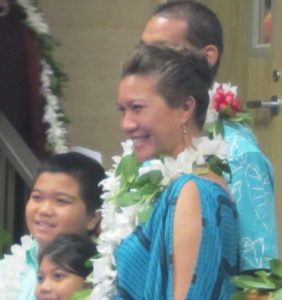 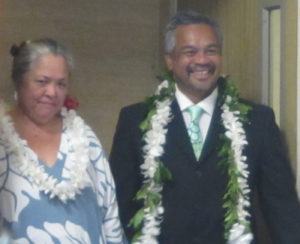 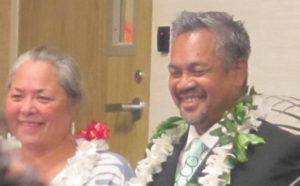 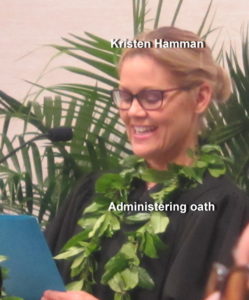 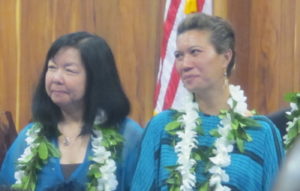 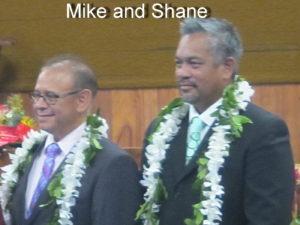 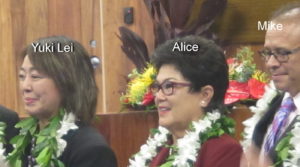 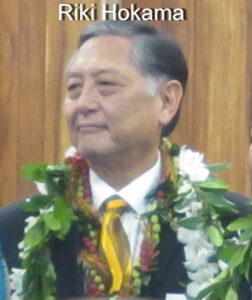 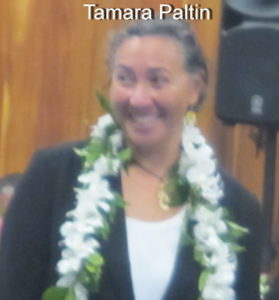 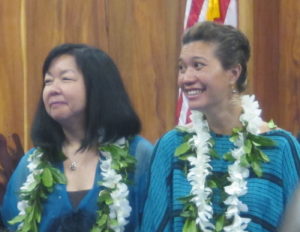 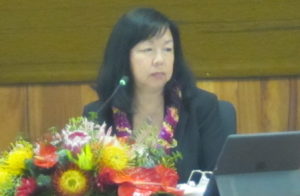 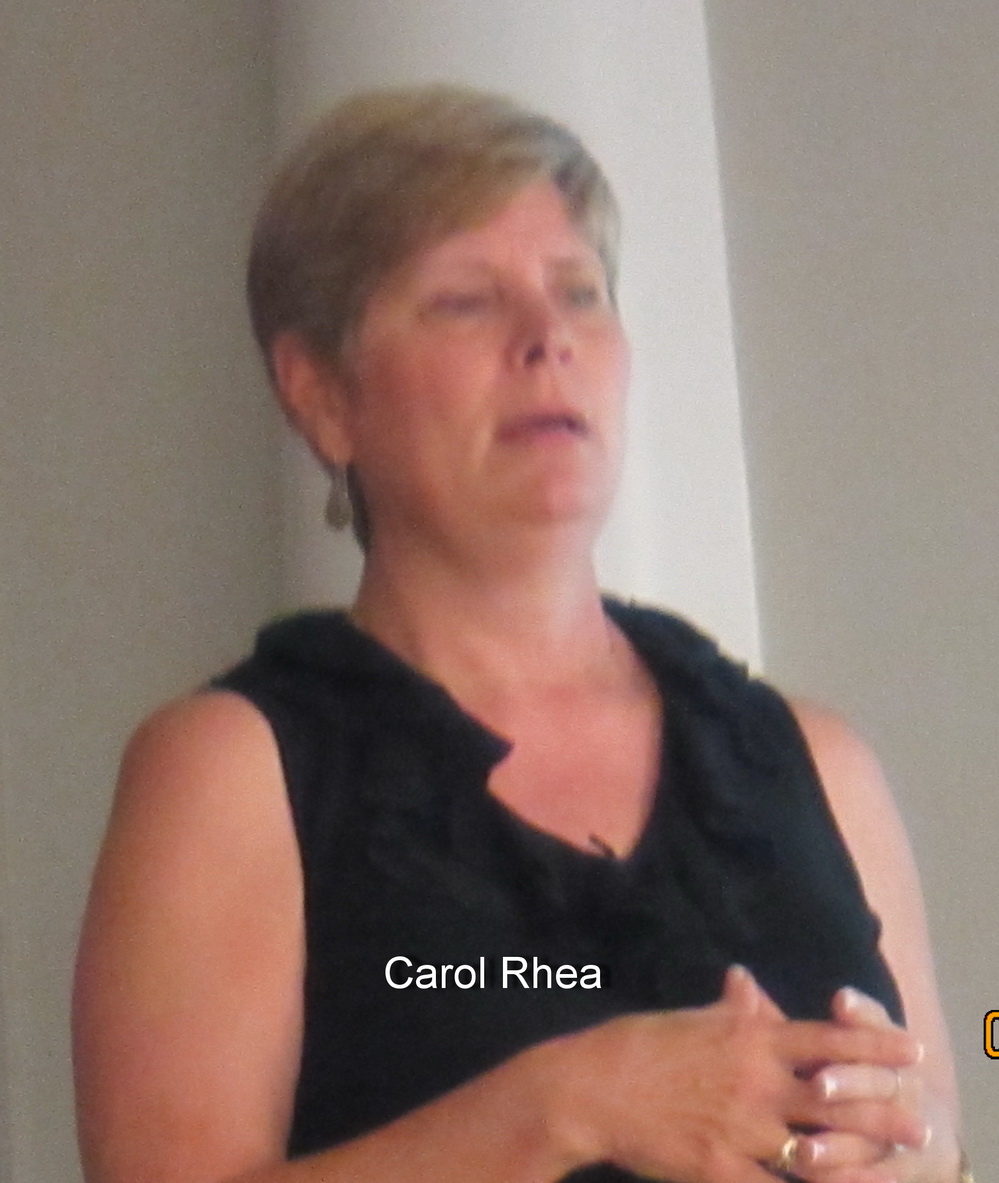 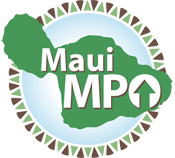