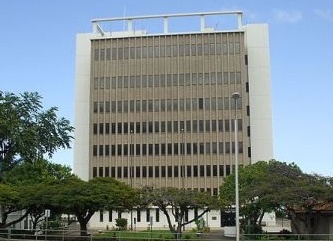 This afternoon the full council approved all five proposed charter amendments,  placing them on the ballot for voters to approve or reject these charter changes in November.

In lockstep, councilmembers Hokama and Sugimura voted against approval of all five measures.  Councilmember Kama joined them in voting against on amendment 102 , which proposes a county-based Department of Agriculture.

A council member who votes “no” on these measures is essentially saying voters should not have the opportunity to decide for themselves whether or not these changes should occur.

2. Hire a professional managing director for the executive branch

3. Establish stricter term limits for council members by limiting the number of terms a person may serve to five two-year terms

4. Establish standards for interpreting and complying with the charter, including requiring judicial action to be filed within 30 days to seek clarity when a conflict in the interpretation of the charter is raised

5. Authorize the council to appoint nine members and the mayor to appoint two members of the 11-member Charter Commission

6. Establish stricter term limits for the mayor by limiting the number of terms a person may serve as mayor to two full four-year terms

7. Establish a Department of Agriculture

Voters should begin educating themselves on these measures between now and November.

The Charter is officially reviewed by statute every ten years to ensure that its directives fit the needs of the County, as the County changes and grows. The official review of the Charter by a Charter Commission is scheduled for 2021, but there were several changes which County Council identified as necessary to be made, prior to the official review. This can be done without the Commission, by a County Council approval of bills which are then moved toward the public for their vote. In order to approve charter changes, there needs to be an approval of at least six votes out of the nine council seats.

Reportedly, the idea to start making these amendments prior to the formal review may have been initiated after a 2019 disagreement between the Mayor and the Council on the reappointment of persons to county positions, even after these same persons were rejected by the Council. The Charter at the time permitted this type of action due to vagueness in language (mauinews.com). 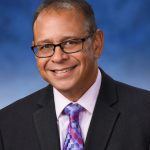 The Government Ethics and Transparency (GET) Committee reviewed the suggested Charter amendments. Mike Molina is the Chair of the Committee. Out of the numerous suggested charter amendments in the past few months, the GET committee forwarded six more for consideration by County Council at their July 10 meeting.

The six proposed changes included the hiring of a county manager, the established of a department of Agriculture at the county level, term limits for council members, the mayor, etc. 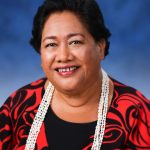 The GET committee forwarded the six to be reviewed by the County Council on Friday, July 10th.

The five items which passed were:

“• Establish stricter term limits for council members by limiting the number of terms a person may serve to five two-year terms. This eliminates the possibility of serving five terms, sitting out an election and running again. The vote was 7-1 with Council Member Yuki Lei Sugimura opposed.

• Establish standards for interpreting and complying with the charter, including requiring judicial action to be filed within 30 days to seek clarity when a conflict in the interpretation of the charter is raised. This measure passed unanimously.

• Establish stricter term limits for the mayor by limiting the number of terms a person may serve as mayor to two full four-year terms. The vote was 7-1 with Sugimura opposed.

• Establish a Department of Agriculture. The vote was 6-2 with Kama and Sugimura opposed.”

The proposal made by Mike Molina, GET Committee Chair, to split the department of housing and human concerns into two departments did not pass.

A second and final reading of the five proposed amendments is scheduled for July 24.

Any proposal that passes at the July 24 meeting will join two other previously passed charter amendments on the November ballot: an amendment to extend the affordable housing fund and another to hire a professional managing director for the executive branch (mauinews.com).

IS THIS AN IMPROVEMENT? CHECK IT OUT, THEN VOTE

No matter how you spell it, it’s a traffic calming device.

KCA hears NO from HDOT

Our September public meeting will likely be online only, with access only from a computer or phone. It will be an opportunity to hear from candidates in the general elections, including for Council Member for South Maui.

Watch this space for details on the September 15 forum.